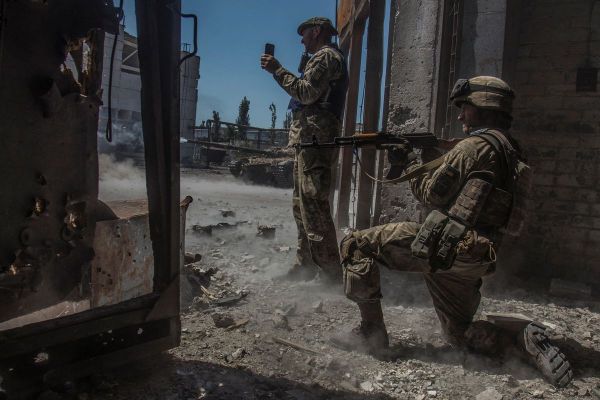 
Russia’s defence ministry says 40 Ukrainian prisoners-of-war have been killed by Ukrainian shelling of a prison in separatist-held Donetsk.

Officials alleged that 75 others had been injured in a rocket strike on the prison camp in Olenivka. The BBC cannot independently verify this claim.

Ukraine’s military denied carrying out the strike and instead accused Russia of shelling the prison.

It said Moscow was seeking to cover up evidence of torture at the site.

“The Russian occupants pursued their criminal goals, thus, to accuse Ukraine of committing ‘war crimes’, and to hide the torture of prisoners and shootings committed there by the orders of the occupation administration and the command of the Armed Forces of the Russian Federation,” Ukraine’s General Staff said.

“The Russian enemy continues his propaganda methods of waging information warfare in order to accuse the Armed Forces of Ukraine of shelling civilian infrastructure and the population, hiding his own insidious actions.”

Footage broadcast on Russian state TV shows the smoking wreckage of a building, which appears to contain some human remains. The BBC cannot independently verify the footage, but analysis suggests the building was hit with an incendiary device, not regular artillery.

Daniil Bezsonov, a spokesperson for the Russian-backed separatist Donetsk People’s Republic, said the strike had been a “direct hit on a barracks holding prisoners” and the number killed might increase.

Russia’s defence ministry said the strike had been carried out with US-made Himars artillery and it accused Ukraine of a “deliberately perpetrated” provocation.

“This is a deliberate, cynical, calculated mass murder of Ukrainian prisoners, which requires strict investigation. We demand a reaction from the UN and international organizations,” he added.

It has been established that a number of Ukrainian troops who surrendered to Russian forces after a protracted siege at the Azovstal steel plant in Mariupol were taken to Olenivka.

The troops had held out against a relentless Russian assault on the sprawling site for weeks and surrendered in May after using the plant’s maze of tunnels to shelter from artillery and air strikes.