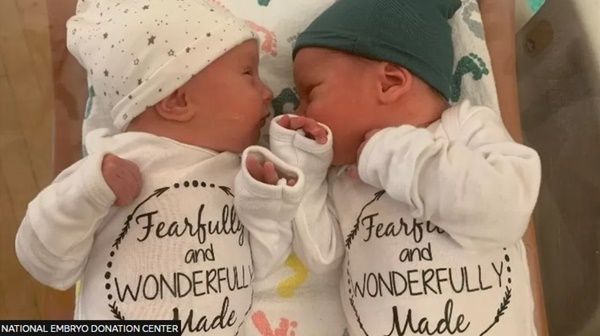 
Twin babies have been born in the US state of Tennessee from embryos frozen more than 30 years ago.

It is believed to be a new record for the longest-frozen embryos ever to result in a successful live birth.

Rachel Ridgeway, a mother of four from Oregon, gave birth to the twins on 31 October. The father, Philip Ridgeway, said it was “mind-boggling”.

Lydia Ann and Timothy Ronald Ridgeway likely set a new record, according to the National Embryo Donation Center (NEDC), a private faith-based organisation that says it has helped birth more than 1,200 infants from donated embryos.
NEDC’s previous record-holder, Molly Gibson, was born in 2020 from an embryo that had been frozen for nearly 27 years.

There was mild drama at Adekunle Ajasin University, Akungba, Ondo State, recently when some students…