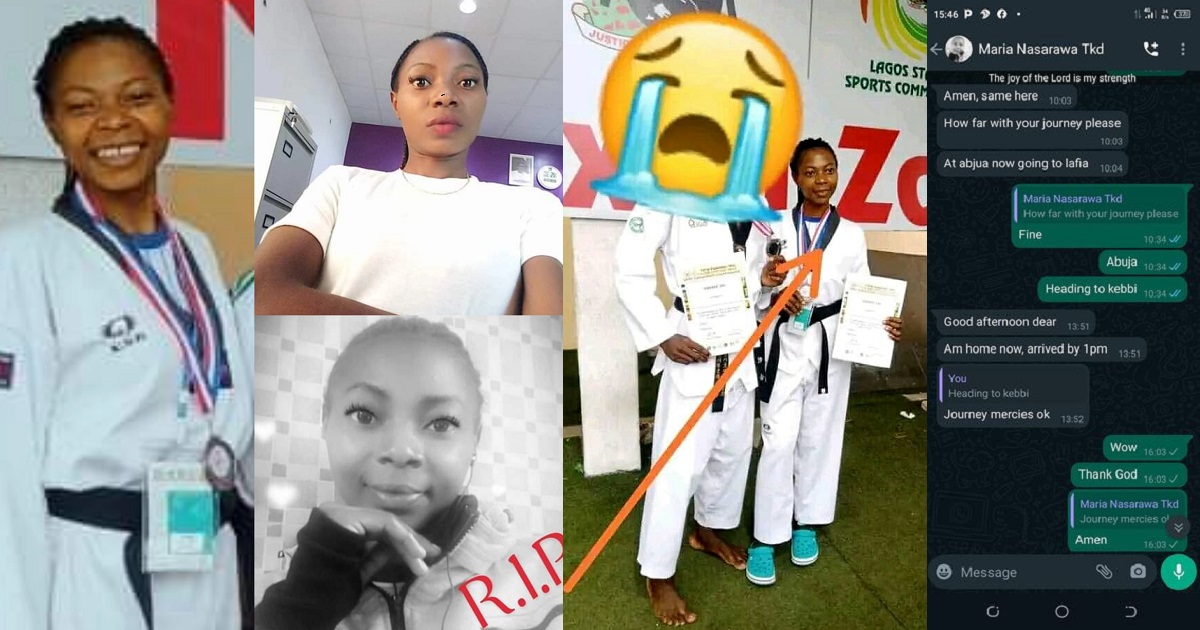 
A Taekwondo athlete identified as Maria Uchenna Raphael, has been killed in a motor accident in Nasarawa State.

Maria, who was a silver medal winner for team Nasarawa in the just concluded Bayelsa Open Taekwondo tournament, was crushed to death by a truck in Lafia, the state capital on Friday, August 26.

The Nasarawa State Ministry of Youth and Sports Development, in a statement on Saturday, revealed that Maria had gone to purchase some items from a grocery store along UAC road few hours after returning home from the championship in Yenagoa, which ended on August 24th, 2022.

The statement which was signed by the spokesperson of the ministry, Uche Amos, described the death as an unquantifiable loss, adding that her immense contributions to sports in the state would be sorely missed.

“Words fail us as we were greeted today by the ugly news on the sudden death of one of our illustrious medal-winning athletes, Maria Raphael,” the statement read.

“The deceased was a committed, dedicated and focused athlete, winning medals of different categories for Nasarawa State, ranging from Cadet, Junior, and until her untimely demise, Senior Category

“Her demise is an unquantifiable loss to everyone of us at the Ministry of Youth and Sports Development and Nasarawa State as a whole, while her immense contributions will be sorely missed.

“Our thoughts and prayers are with her immediate family, loved ones, fellow athletes and the sports world in general. We pray Almighty God to grant her soul eternal repose in heaven.”