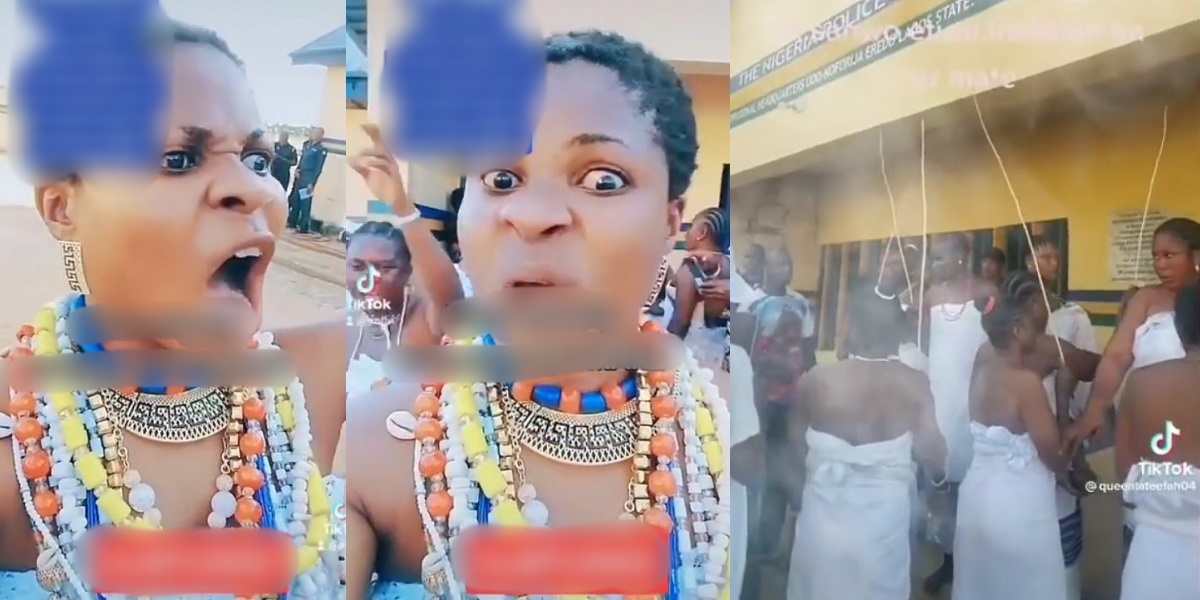 
In a rather dramatic event, some traditional worshipers stormed a police station in the Epe area of Lagos state to demand the release of their drummer who was in police custody.

A video clip making the rounds online shows the moment the traditional worshippers who were clad in all-white attire invaded the police station with long canes.

It was gathered that the drummer was arrested by some officers attached to the station for an undisclosed reason on Tuesday, September 20.

To secure his release, his colleagues led by a priestess, identified as Ajefunke, stormed the premises of the police station.

According to a source, the traditional worshippers effected the immediate release of their drummer, as well as that of other suspects held at the police station.

Watch the drama below,

In other news, the driver of an Acura Sport Utility Vehicle, or SUV, is lucky to be alive after a tree fell on the vehicle while in transit in Calabar, Cross River state.

The incident happened along the Murtala Mohammed Highway on Wednesday morning, September 28, 2022.

According to eyewitnesses, the driver managed to escape with no injury, but the car was badly damaged.

The Yendi municipal crops officer of the Ministry of Food and Agriculture, Phanuel Yawson Dzigba…