To Censure Or Not To Censure: Case Of Ken Ofori-Atta | Features 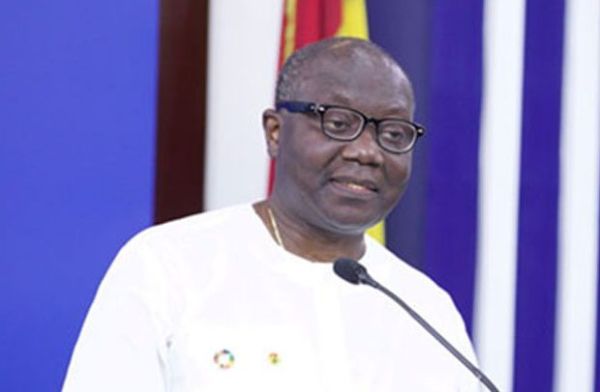 
In January 2017 as I watched the vetting of the Honourable Finance Minister, I posted on social media, “There is only one worry I have as I listen to the minister-designate for Finance. Politicians sometimes do things for purely political reasons and not because they are based on sound economics.

So long as it has political payoffs the politician is game. Mr Ofori-Atta strikes me differently. I know he is not naive and understands the politics of public budgeting and finance. But you listen to him, and I get the sense that politics as usual is not his style. Most especially when you are coming from the private sector, your guiding philosophy is very different whenever you think of budgeting and finance. I hope the politicians will give him the peace of mind and space to work and that is where I worry small. I hope political impediments are not placed in his way.”

When COVID-19 hit, his reflection piece “I have a lump in my throat” was refreshing to read because it captured the harsh reality facing finance ministers in African countries in terms of the lack of luxury in making certain choices about spending to insulate their economies. It is, therefore, not surprising that less than two years down the line, the country’s economic conditions would plunge to levels that would lead to the Finance Minister facing a censure by Parliament.

The constitutional dilemma of censure

Article 82(1) of the Constitution is clear that Parliament has the power to censure a Minister of State. The remaining provisions under this article address the threshold needed for the motion to pass, the minister’s right to be heard, the president’s role if a censure motion is successful, etc. Why this Article? The appointment of a minister goes through two phases — nomination by the president and then, vetting and confirmation by Parliament. Once sworn into office, Article 81 provides the grounds upon which a minister’s role may be curtailed, none of which gives Parliament a role. It, therefore, strikes me that censure is a remedy that the framers provided for Parliament to have a say with regard to a minister of state’s performance post parliamentary approval.

Another provision that was not included in Article 82 entails the circumstances under which a censure motion may be triggered. In reviewing the seven grounds listed in the censure motion, I grouped them into two major categories. The first category which I subtitled Legal and constitutional, comprised the first three grounds while the second category, Performance informed by the general prevailing conditions in the country consisted of the fourth through seventh grounds for censure.

Legal and constitutional infractions, if alleged, as a trigger for censure makes sense to me. Nevertheless, even on the issue of alleged constitutional infractions, one may wonder which ones are appropriate to include in a censure motion. The objection on constitutional grounds about whether Parliament is the place to deal with issues pertaining to conflict of interest, since Article 284 addresses it and places it in a different jurisdiction, as raised by the Finance Minister’s counsel needs resolution to guide future proponents of censure motions.

Performance in office as a trigger for censure is tricky in my view because performance can be a very subjective evaluation under certain circumstances. And even when there is a semblance of consensus on the general prevailing conditions in the country, the reasons may not be shared by all. For example, on the general prevailing conditions of the country, there is consensus that we are in an economic crisis. Where there is a divergence relates to what the causes of the crisis are. While one side believes the twin events of COVID-19 and the Russian-Ukraine war are the root cause, the other side holds the view that it is the actions and inactions of the government via its Finance Minister that has led to our present predicament. A burning question however is, “What precedent do we want to set with censure on performance grounds?”

Censure is politically contentious, and it was clear on the first day of the hearings in Parliament. With the proponents from the Minority party being able to meet the one-third threshold for moving the motion, I was not surprised that the majority side put up a defence based on their parliamentary strength.

The debate on the floor of the full House promises to be intriguing and it leads me to wonder whether the 80 Members of Parliament from the Majority side who publicly asked for the removal of the besieged Minister will join the Minority to pass a vote of censure based on the two-thirds threshold set by the framers of the Constitution. Only time will tell.