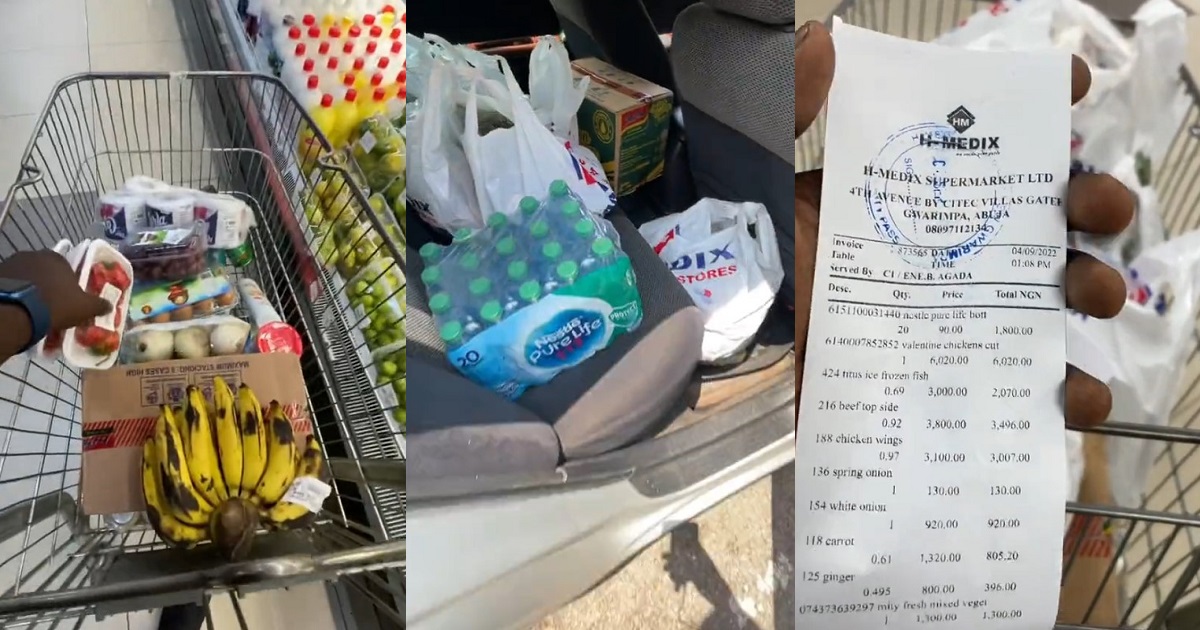 
A Nigerian man has shown off how he spoils his woman and has admonished other guys to do the same saying “this is the kind of ‘stunting’ we should be doing”.

The young man took to his social media page to share a video of how he went grocery shopping for his woman and all that he had to do just to please her.

He shared how he checked off the list of all the curated items he set out to get for his babe and even things that were not on the list.

At the end of the video, he shows off the receipt of his purchase and asked guys who always flaunt receipt of how they spent at an expensive restaurant or club, to follow in his footsteps so guys can always help each other out.

In other news, a suspected internet fraudster better known as “Yahoo boy” took to his social media page to give a breakdown of how he spent the proceeds of a supposed fraudulent transaction that gained him N2m.

In the video he shared on his TikTok page, the young man revealed how he “spent the N2m his client gave him” as he shared series of screenshots showing how he disbursed the money.

According to him, he first got himself an iPhone 13 pro max, and then transferred N30k to his cleric “Alfa”, N5,100 to his mother, N9k to his father, N2k to his girlfriend, N21k on clothing, and N3k to an area brother. Watch the video here