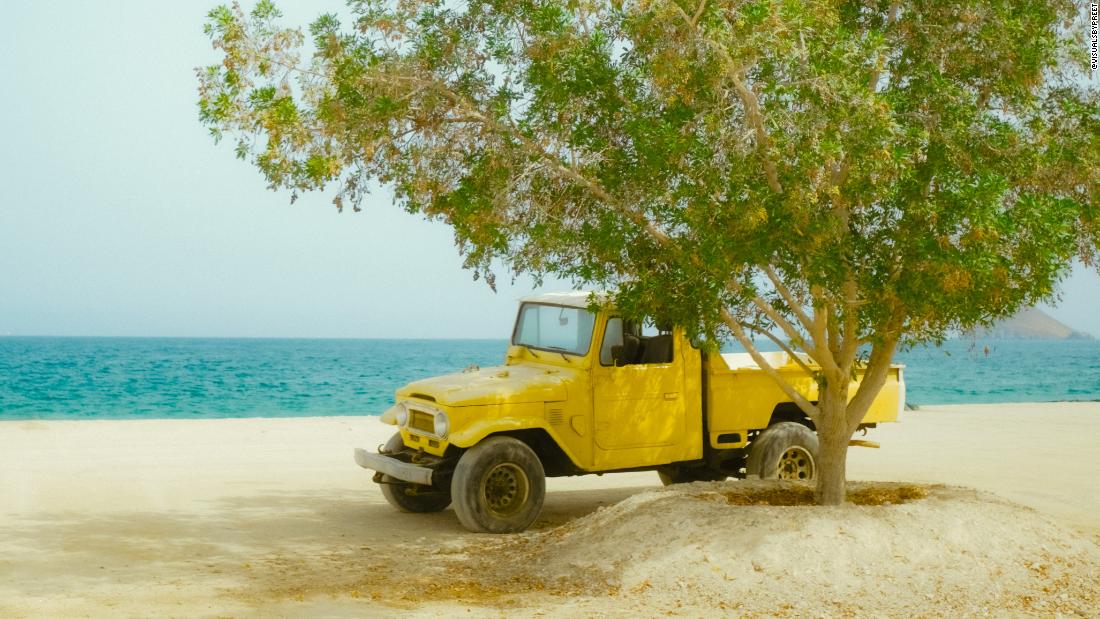 Most photographers prefer to show the luxury and vast scale that Dubai is known for today, from colossal skyscrapers to towering sand dunes and sweeping coastlines — but Uday’s fans say his quirky images remind them of a gentler age.

According to Uday, he’s been contacted by people all over the world who share the same sentiment. “They say the images take them back to another time,” he says. “It gives them a feeling of warmth — a happiness. It reminds them of their childhood, and that’s a global feeling, not just in Dubai.”

In contrast to the futuristic steel and glass that makes up the city, Uday captures quiet and modest moments. He didn’t set out to show another side of the city, it just happened organically. Originally from Secunderabad in south-central India, Uday, 46, moved to Dubai in the early 2000s. “I grew up in the 90s, so subconsciously I’m influenced by that era,” he says.

Uday says he likes his work to render the location abstract, showing just a tiny section of a wider scene — something that encapsulates a universal emotion or yearning by retaining a geographic intangibility. “There’s a surrealism in that, it feels like another place,” he says.

His images convey a strange sense of otherness, of another place or another time. Perhaps this is the source of the nostalgia they seem to generate — or maybe it’s all the classic cars he photographs. Uday says though he wouldn’t call himself a classic car enthusiast, he loves their design and aesthetic, and usually finds at least one vintage-looking car whenever he goes out shooting in the city.

Uday has a fondness for classic cars, which he finds hidden throughout the city among the glossy supercars.

A portrait photographer by trade, Uday says these landscape snapshots are a new passion that he began developing in the eerie quiet of pandemic lockdown restrictions.

“During the Covid period, everything shut down and I had no business coming in,” he says. “I had lots of free time, so I started walking in the streets, taking pictures and posting them online. For some reason, these images got me attention.”

Over the last two years, Uday’s images have gained him a healthy following on social media, and his popularity continues to grow.

“The first thing that attracts me is color,” says Uday. “Color palettes, minimalism and a certain simplicity within a scene.”

Though his images look as though they have been captured on film, all of Uday’s photography is done on a digital camera. “These days I’m even starting to create with the iPhone,” he says.

Preet Uday’s photography shows the city of Dubai in a new light.

Even though he only began working in this style in 2020, Uday has already shown at several galleries in Dubai and is considering publishing a photobook. “I could literally make two or three books,” he laughs. “That is the volume of pictures I have.”

“But I know I have only just scratched the surface on this genre,” says Uday. “I have many more color palettes and images in my mind just waiting to be created.”