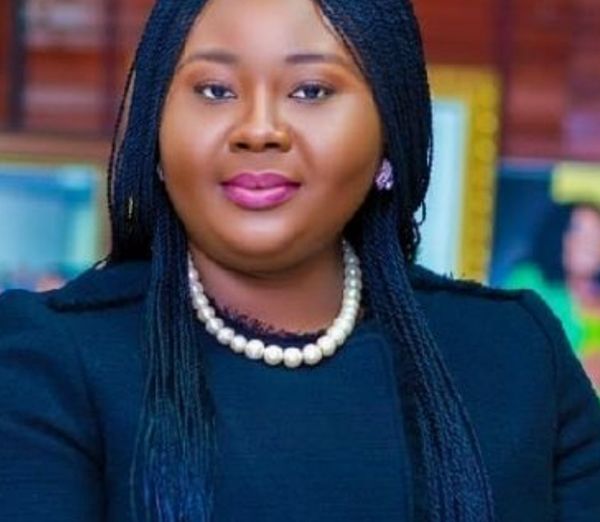 
Lawyers for Kwabre Constituency Member of Parliament and President Nana Akufo-Addo’s nominee for the role of Deputy Minister of Gender, Children and Social Protection, Francisca Oteng-Mensah, have stated that there is absolutely no basis for allegations of conflict of interest leveled against her.

It would be recalled that a resident of Nima, a suburb of Accra, Ismail Mohammed, on January 21, 2021, petitioned the anti-graft institution to look into the conduct of the MP, insisting the NYA’s ¢3 million expenses on a Covid-19 campaign in 2020 had elements of impropriety.

The NYA board’s approval of the expenditure on March 31, 2020, came at a time the country had recorded more than 150 cases of COVID-19 and was girding its loins to confront the pandemic.

According to the lawyers for the MP and Deputy Minister nominee, the mere fact that the NYA Board Chair was linked to Adonko Bitters, where the NYA bought hand sanitisers, did not put her in a conflict of interest situation.

Ms. Oteng-Mensah’s lawyers noted that she “never ‘participated’, ‘deliberated’ and ‘presided’ over the purchase of hand sanitisers from Adonko Bitters Limited as alleged by the petitioner”.

An invoice from Adonko Bitters Limited, payment vouchers and a cheque from the NYA attached to the response to CHRAJ, according to Francisca’s lawyers, indicating that the purchase of and payment for the hand sanitisers preceded the March 31, 2020 meeting cited by the petitioner as having discussed the Covid-19 expenditure.

A petitioner alleged that the NYA bought GHc700,000 worth of hand sanitisers from Adonko Credit: KESMI FM.

The attached documents show that the invoice from Adonko Bitters and the Bank of Ghana cheque for payment is dated March 29, 2020.

The cheque payment voucher from the NYA to the Bank of Ghana is, however, dated March 27, 2020, two days before the invoice was received.

But the lawyers stated that the amount was within the Public Procurement Authority’s threshold that the CEO of the NYA could approve without seeking the board’s approval, a reason the board was not involved in the deal.

They told CHRAJ that the petitioner did not produce any evidence that links the board chair to the transaction.

Meanwhile, the Member of Parliament for Essikado-Ketan and Senior Partner at Ghartey and Ghartey, Joe Ghartey, has observed that CHRAJ’s investigation into the allegation had been unduly delayed.

According to him, this was a straightforward matter and that his client had provided all the necessary documents and evidence to enable CHRAJ to arrive at a conclusion.

He says this was not a case that should travel over a year.

He strongly believes the MP and board chair is innocent and that the delay amounts to justice being denied her.

On the deputy ministerial nomination of Francisca Oteng-Mensah, Joe Ghartey, who is a former minister of Justice and Attorney-General, believes the current probe by CHRAJ should not impede her appointment.

He says the law only bars persons that have been found guilty by commissions of enquiry and not the mere fact that an allegation has been levelled against someone and that allegation is being investigated.

According to him, if allegations and investigations are used to stop people from holding office, anybody could be paid to make allegations against a person nominated to serve a public office in order to stop them. He says Francisca Oteng-Mensah is innocent and wants CHRAJ to expedite its investigation and come out with a conclusion.

REVEALED: The top 20 most common passwords in Australia as experts warn ANYONE can be…