“The love we have is something of a miracle” – Actress, Peggy Ovire gushes over Freddie Leonard as they hold their traditional wedding 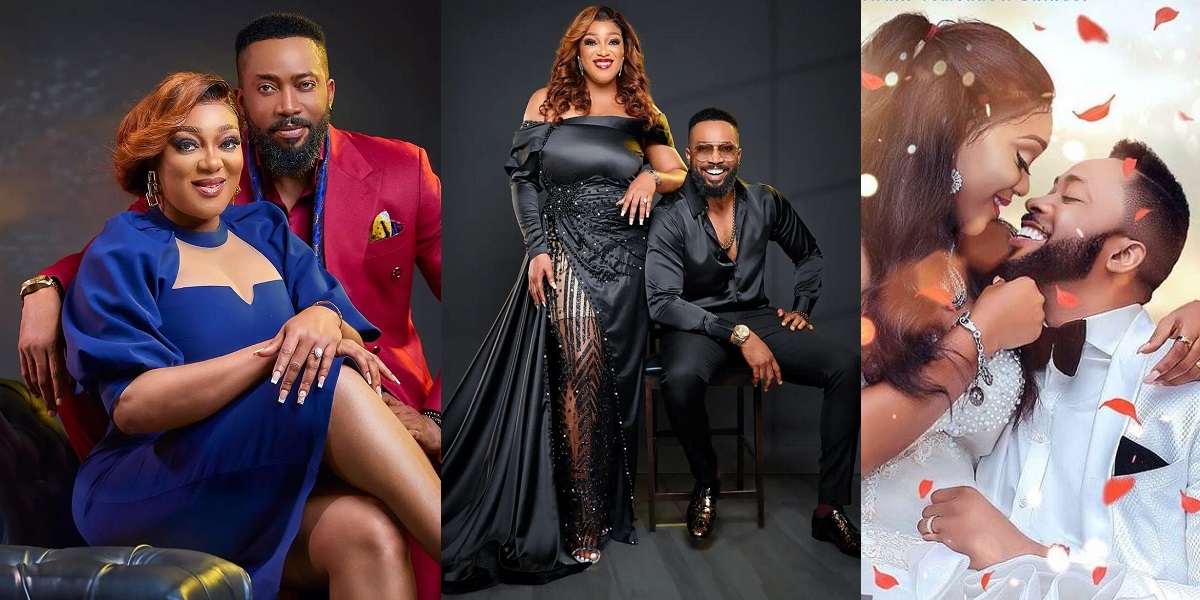 
Nollywood actress, Peggy Ovire has taken to social media to affirm her love for her beau, actor Fredrick Leonard.

The thespian, whose wedding to her colleague, Fredrick, was held today, November 19, had taken to her Instagram page moments before to gush over her groom.

The elated bride shared beautiful photos of herself and Fredrick and declared that their love is something of a miracle.

Peggy, who expressed excitement about this phase, noted that it was easy for her to know Fredrick was the one for her.

“This love we have is something of a miracle. It’s so easy to know that you’re the other half that I’m destined to spend the rest of my life with, Diamonds are Forever and So is Our LOVE! May we always put God First Our Marriage & May Our Lives be Sweeter than money. Let do this Baby. I Love You”.

A while ago, Peggy Ovire lashed out at an Instagram follower who left an unflattering comment about her relationship with the actor on her page.

The drama started when Ovie, who recently went public with her relationship with the actor, shared a poster of her fiancé’s new movie, which had him in a romantic pose with another lady on set.

A fan who appeared concerned with the movie poster then took to the post’s comments to warn Peggy that she hopes that Leonard and the actress in the poster do not end up like their colleagues, Yul Edochie and Judy Austin.

“Eh! Peggy, observers are worried. I hope this movie will not end like Judy and Yul oo”, the follower wrote.

Peggy, who was not having it, slammed the fan and warned her not to make such comments on her page in the future or she would be blocked.