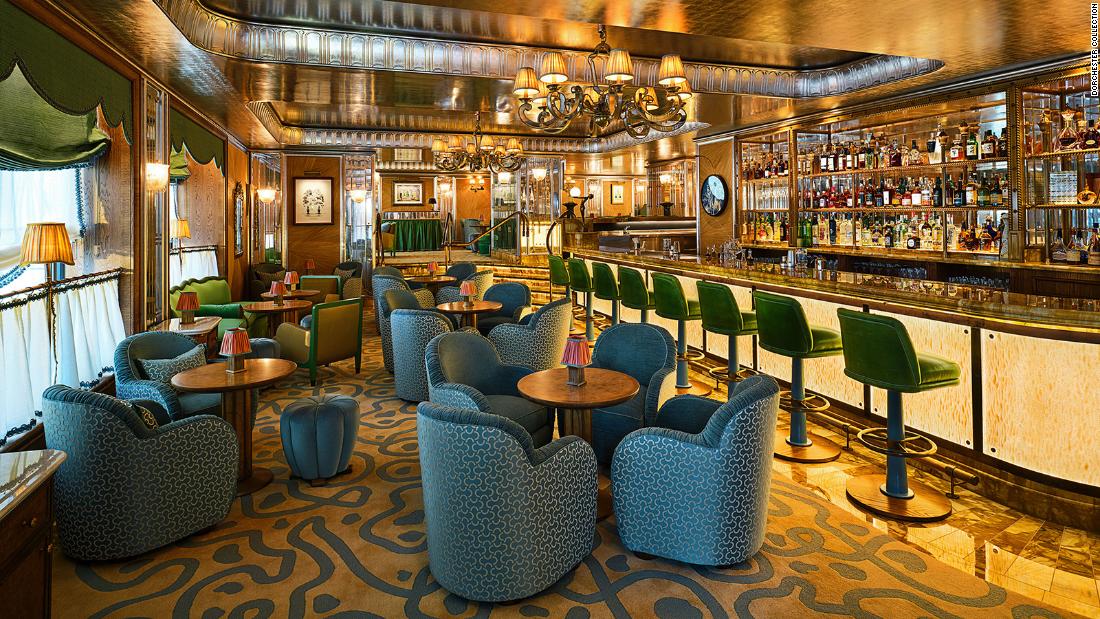 The ground floor of The Dorchester hotel in London’s upscale Mayfair district has just unveiled a glamorous makeover. The floor’s new look is part of what the storied hotel is calling its “most comprehensive transformation for over 30 years.”

The Dorchester’s lobby Promenade has been revamped with designs by Pierre-Yves Rochon that take inspiration from the British landscape.

Food and drink at The Dorchester

Toward the end of The Promenade, the new Artists’ Bar puts the spotlight on artists working in Britain in a lavish space where Liberace’s mirrored piano takes center stage.

Champagne and seafood dominate the offerings here, and six signature cocktails reflect some of the bar’s unique works of art.

Vesper Bar takes over the space that formerly housed The Bar at The Dorchester. From designer Martin Brudnizki, the space aims to evoke the “spirit and elegance of the roaring thirties, a time when manners were still important and yet mayhem was celebrated,” the hotel said in a news release.

A palladium-leaf ceiling provides a warm glow in The Dorcheser’s new Vespers Bar.

Vesper Bar has a shiny 1930s palladium-leaf ceiling, plush green and blue velvet furnishings and a new outside terrace with views toward Hyde Park.

The bar’s name speaks to The Dorchester’s James Bond connections. Author Ian Fleming, creator of James Bond, dined and stayed at the hotel over two decades starting in the 1940s and invented the Vesper Martini, according to The Dorchester.

The hotel, which opened in 1931, was the world’s first hotel to be constructed from reinforced concrete. Celebrities, royalty and world leaders have long frequented The Dorchester.

The ground floor’s overhaul will be followed by new rooms and suites that are set to debut starting in March.