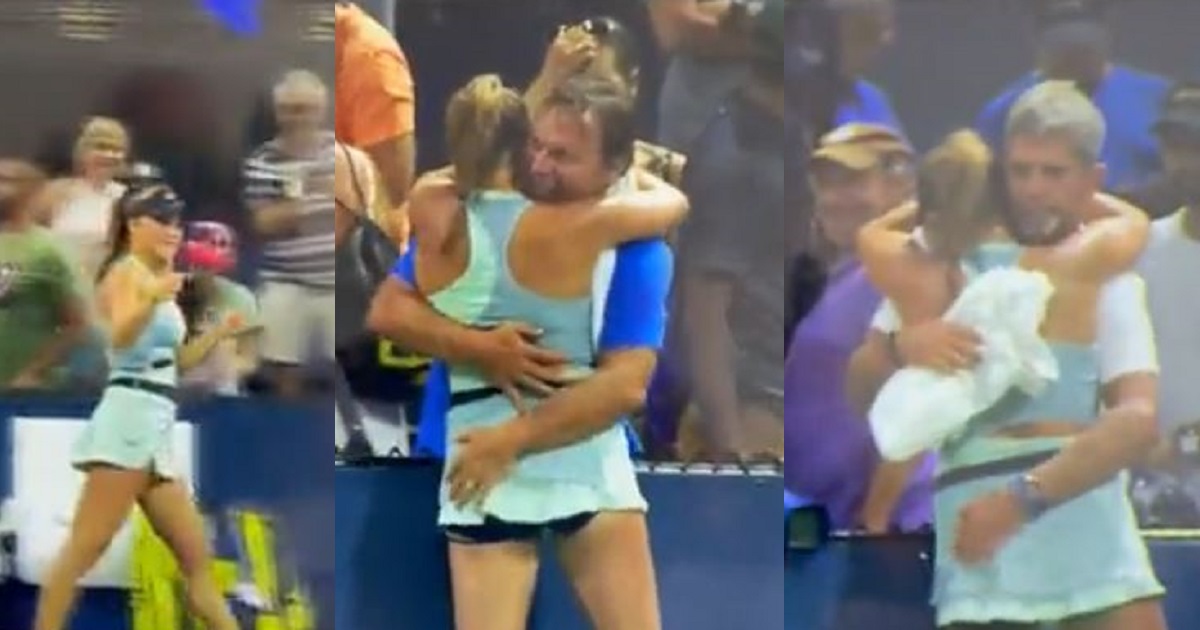 Netizens expressed disapproval of the manner in which the father of the tennis prodigy celebrated her win.

In the video that has stirred reactions from social media users, especially tennis lovers, Bejlek shakes hands with her opponent and the chair umpire before walking over to a man standing courtside, who has been identified as her father.

Elated, the proud father gives his daughter a warm hug and several pats on her backside.

She then walks over and hugs another man, identified as her coach, who also pats her on the butt.

The video, which has now gone viral, caused an uproar among sports fans and social media users, who maintained that the way the men celebrated the 16-year old after her victory was inappropriate.

“There’s absolutely no reason to touch a 16yo girl on her butt like that. It’s beyond inappropriate. As the video progressed it got worse and worse”.

“Creepy coaches. What the hell?? I need more people to see this and talk about his because they literally caught them in 4K how is this not being talked about???”

Some social media users, however, noted that it is a common practice in the Czech Republic.

“It is pretty common in Czechia. Not something I would do, but many men just don’t think about it in a sexual way. Google our Easter traditions, you might be shocked”, a Twitter user wrote.