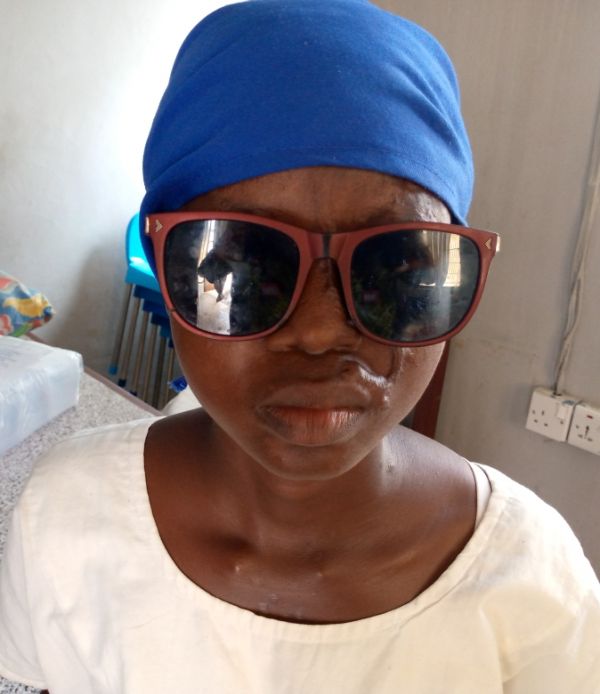 
A 25-year-old convict at the Ho Female Prison, who is losing her eyesight as a result of burns she sustained while pouring acid on her boyfriend during a fight, has appealed to the President, Nana Addo Dankwa Akufo-Addo, for clemency.

She was sentenced in February this year to a five-year jail term by a Sogakope court for pouring sulphuric acid into her boyfriend’s face as punishment for jilting her. During the trial, Gloria pleaded guilty to causing harm and was convicted on her own plea.

Her boyfriend (name withheld), who endured a greater portion of the acid, has undergone surgery and is working again as a surveyor.

The surgery was paid for by the convict’s mother.

Gloria, who was a first year student at a senior high school at Adeiso in the Eastern Region, was allegedly accused by her boyfriend of cheating on him when she visited him at Sogakope in the Volta Region.

Subsequently, she travelled as far as to Nsawam to buy the acid and returned to Sogakope to douse her boyfriend’s face with the stuff.

In the ensuing struggle, some of the acid in the jar poured into the face of Gloria as well and she suffered burns in her eyes and parts of her face.

When The Mirror visited her last Tuesday, Gloria looked remorseful and said: “Please tell the President I have regretted my action. I am so sorry for what happened.”

She also extended an apology to her boyfriend and asked for his forgiveness.
Now, Gloria who is five months into her sentence, wears a pair of sunglasses all the time as a result of her condition.
Prison officers send her periodically to the Ho Teaching Hospital for treatment and review.

She said her desire was to complete senior high school and continue to become a nurse.

Gloria granted permission to The Mirror to take photographs of her scarred face for publication in the presence of the prison officers, and thanked the officers for the loving care she received from them around the clock.