Tasmanian woman Darlene Avis Geertsema was killed by her husband in 1978, inquest finds 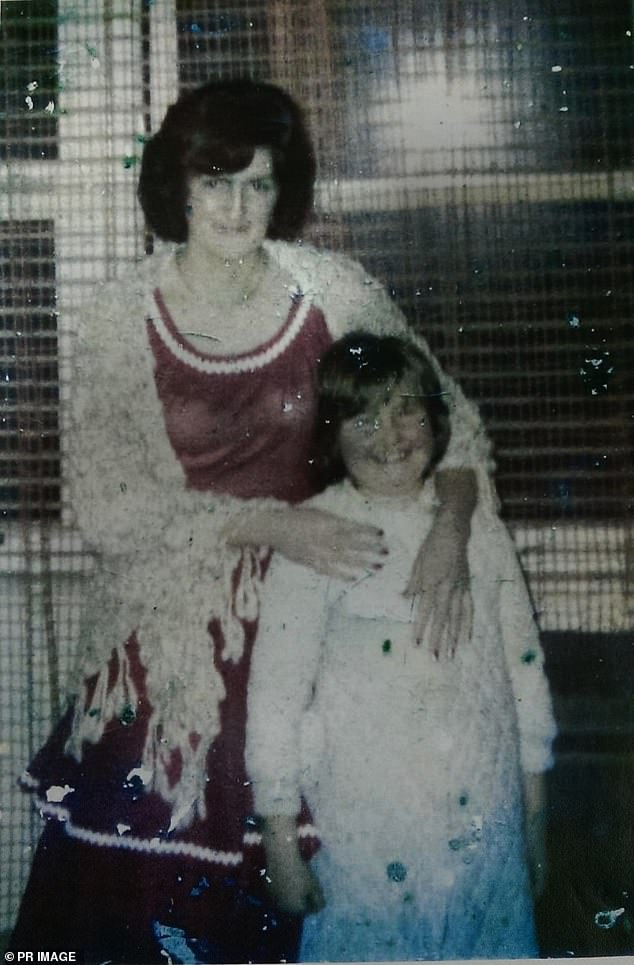 
A mother-of-six who disappeared in Tasmania more than four decades ago died from injuries inflicted by her partner who has a history of violence against women, a coroner has ruled.

Darlene Avis Geertsema, 30, was last seen at her family home in Devonport on the night of October 23, 1978.

Her red Holden was found abandoned near an oval in the northwest city a few days later.

Darlene Avis Geertsema (pictured), 30, was last seen at her family home in Devonport on the night of October 23, 1978

An inquest held in December examined the original police investigation and Ms Geertsema’s relationship with partner John Shepherd, who was described in hearings as a person of interest.

In findings delivered on Friday, coroner Simon Cooper ruled out suicide and misadventure as reasons for her death.

‘On the evidence at the inquest the only person with the means and motive to have killed Ms Geertsema was Mr Shepherd,’ he wrote.

Mr Shepherd denied being involved in her death when he gave evidence at the inquest and no criminal charges have been laid.

In a statement, Tasmania Police said it would review the findings.

Mr Cooper said evidence established a ‘clear pattern of behaviour on the part of Mr Shepherd to inflict violence on women with whom he was in a relationship’.

Darlene Avis Geertsema’s red Holden (pictured) was found abandoned near an oval in the northwest city a few days after her disappearance on October 23, 1978

Her sister described one incident where she was left with a ‘very black and puffy face … eyes bloodshot (and) nose swollen’.

Mr Cooper said he rejected Mr Shepherd’s denials in relation to the violence, specifically his claim that he only struck Ms Geertsema once with a backhand.

The pair had been in an on-and-off relationship and lived in Brisbane and Adelaide.

Ms Geertsema had plans for the future that did not involve Mr Shepherd, who had exhibited jealousy and possessive behaviour towards her.

‘For all these reasons I am satisfied to the requisite legal standard that Ms Geertsema died as a result of injuries inflicted upon her by Mr John Shepherd on the evening of 23 October, 1978,’ Mr Cooper wrote.

The coroner was unable to determine where Ms Geertsema died, the nature of injuries or what happened to her body.

Tasmania Police carried out a comprehensive review of the case in 2013, prompting a coronial investigation.

‘It is obvious that police at the time treated Ms Geertsema’s disappearance as not suspicious,’ Mr Cooper wrote.

‘Their approach would have been very different if Ms Geertsema disappeared today.’

Ms Geertsema’s then-eight-year-old daughter Kathryn was not interviewed by police when her mother disappeared, something that would occur today, Mr Cooper said.

In a statement to police in 2014, Kathryn said on the night of the disappearance she heard a very heated argument between the pair, hitting sounds, silence and then a door slamming.

In a 2015 police interview, Mr Shepherd said there had been no argument or hitting, and Ms Geertsema slammed the door as she left.

Mr Shepherd told the inquest the pair ‘got pretty loud’ in an argument about Ms Geertsema’s plans to see a friend.

Mr Shepherd reported Ms Geertsema missing two days after they were at the house, telling police he had found her car parked near the oval.

In an affidavit, a now-retired police officer who interviewed Mr Shepherd in the days following said he strangely displayed no emotion.

Tasmania Police in November offered a $500,000 reward for anyone with credible information.