Sydney will squelch through its wettest year ever 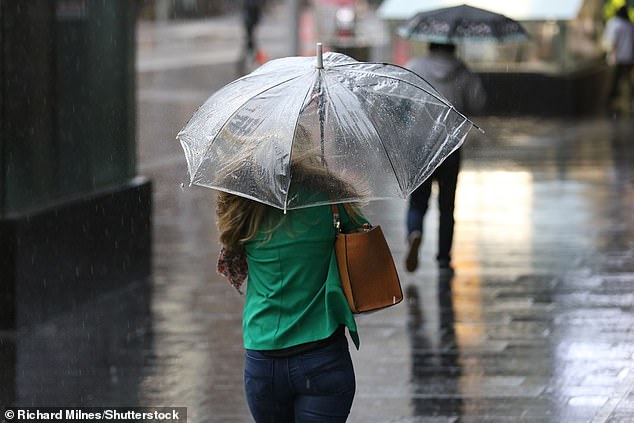 Eastern Australia will be smashed by an unseasonably wet spring even after already suffering its worst drenching since 1963.

Sydneysiders were warned to brace for more wet weeks to come after copping more than two metres of rain in eight months.

The drenching is the highest annual rainfall in almost 60 years and is on track to become the wettest on record with just another 200mm – with four months to go.

Vast swathes of the country are poised for another week of heavy downpours as the third straight La Nina strikes the eastern states, bringing rain and thunderstorms.

A cold front and low barrelling north east across South Australia from Sunday is expected to include storms from Monday as it collides with unstable air in the east.

The weather system will bring rain across large parts of eastern Northern Territory, southwest Queensland, western and southern NSW, northern Victoria and northern Tasmania, with some parts expected to be lashed by up to 80mm.

From Tuesday, showers and storms will sweep through northern NSW and inland southern Queensland.

The Bureau of Meteorology has issued moderate flood warnings for the Macquarie, Bogan, and Murrumbidgee rivers in NSW.

‘Showers and thunderstorms will develop across a broad stretch of eastern inland NSW on Monday, moving east on Tuesday,’ BOM tweeted.

‘Storms may be severe in some area. Rain across saturated catchments may cause renewed flooding.’

The wet conditions will subside for most parts of the east coast from Wednesday before returning later in the week.

The last time Sydney recorded two metres of rainfall was 1963.

And there is more on its way, with BOM forecasting an 80 per cent chance of above average rainfall for spring as La Nina wreaks havoc on the country’s east.

‘What is driving this is an Indian Ocean dipole that is usually associated with wetter than average conditions over Australia,’ Dr Lynette Bettio told 9News.

‘And we also see a development of a La Nina event, which as we have seen in recent years are associated with wetter than average conditions.’

Meanwhile, the west coast will enjoy warm weather, with Perth set to see mostly sunny days this week, with tops around 20C.

Darwin will swelter through high 20Cs to 33C temperatures and sunny conditions, after a few showers during the beginning of the week.

Temperatures will remain moderate in Sydney and Brisbane as the mercury hovers between the low teens to low 20Cs.

It will be slightly cooler in Melbourne, Adelaide, Hobart and Canberra, with minimums dropping below 10C and maximums sitting in the mid to high teens.