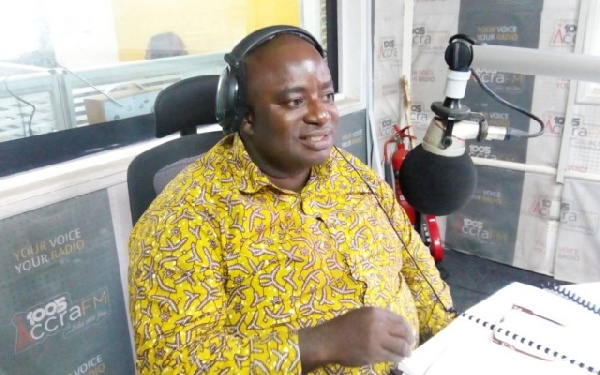 The Executive Secretary of the National Labour Commission (NLC), Ofosu Asamoah, has noted that the number of industrial actions by labour unions in the country does not mean the government has failed.

This, he said, is because the premise of the strikes may be minor or wrong.

Reacting to the notice by the Teachers and Education Workers Union (TEWU) to embark on a strike, he said on the Sunrise show on 3FM Wednesday, January 5 that “The numerous strike actions don’t mean the government is not performing because the premise may be wrong or minor.”

Over 35 000 members of TEWU will withdraw their services from today despite the plea by Otumfuo Osei Tutu II for unions to use dialogue to resolve their concerns and not strikes.

The members are withdrawing their services to demand the payment of 600 cedis for each as professional development allowance.

At a news conference in Accra on Tuesday, January 4, General Secretary of TEWU, Mark Denkyira Korankye said, though the schools are re-opening tomorrow, there will not be caterers to cook for the students.

“We went to the Ministry of Education, we have written and given all the justifications that is required.

“The Minister said we should liaise with the Ghana Education Service management; we are have engaged them. In fact, in the wisdom of the management of GES, they said, let us put together a technical committee to look at the issues and give appropriate recommendations.

“This was supposed to have been complete in September last year. We are in January 2022; the committee has not even met, let alone make recommendations for its consideration. So we feel that this feet-dragging is on purpose maybe to deny our members of this right and that this why we think that we must push and move to the next step where that one will compel management to sit and conclude any discussion with us on this matter.”

The Asantehene Otumfuo Osei Tutu II has tasked teachers to adopt an improved way of negotiation rather than resorting to strike whenever their concerns are not addressed.

He argued that school children are the ones who face the consequences of such actions and not politicians.

He was addressing members of the Ghana National Association of Teachers (GNAT) at their 6th Quadrennial National Delegates Conference.

On several occasions, teachers resort to industrial action when government fails to address their grievances.

This, they claim, is the only and effective language government understands.

But the Asantehene said, “Obviously, those who really suffer are the innocent children. I urge you all to focus your minds on the need for an improved way for negotiations and consultations which will minimize, if not eliminate, any recourse to industrial action and the harmful consequences on our children.”

He also urged policymakers to work to ensure that the conditions of teachers are improved.

“While we will always urge moderation in the face of the national economic realities, we will nonetheless urge policymakers to ensure that the status of our teachers truly reflect the level of importance we attach to their place in society,” he said.

Regarding this, the TEWU General Secretary said, “Otumfuo rightly appealed that dialogue and consensus-building are what we need. We have given all these opportunities; we wrote to GES, they responded and invited us to a meeting, they said let’s form a technical committee, and it has taken already four months without the first meeting. We think that if we don’t take the necessary steps, our members’ rights will be trampled upon, and it is not right to do so, so that is why we have come to this end.”