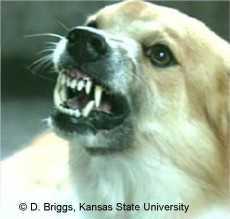 
Rabies is a terrifying vaccine-preventable viral disease which is endemic in over 150 countries across the globe.
Rabies is present on every continent except Antarctica, just that it is most common in Asia and Africa. Accordingly, rabies is classified as one of the Neglected Tropical Diseases (NTDs) that predominantly affects poor people in rural areas.

The rabies virus is called rabies lyssavirus and it affects both humans and animals, hence it can be described as a zoonotic disease.

A disease is described as zoonotic if it is transferable from an animal or insect to humans and vice versa. The rabies virus can also be termed a neurotropic virus, meaning that it affects the central nervous system.

Both domestic and wild animals such as cats, dogs, bats, foxes etc. can transfer rabies to humans. Among domestic animals, dogs are responsible for close to 99 per cent rabies transmission to humans.

In most developing countries, stray dogs mostly spread rabies through unprovoked bites. Sadly, many people keep unvaccinated pet dogs and cats, yet they seemingly know nothing about the devastating effects of the rabies virus.

This article thus seeks to shed some light on the rabies disease and how to prevent its transmission to humans.

Viral transmission
As a zoonotic disease, rabies spreads to people and pets when they are bitten and/or scratched by a rabid animal or an infected person.

A person can also contract rabies should saliva from a rabid animal gets into an open wound. People who butcher and eat rabid or infected dogs, cats, bats, foxes etc. can also get rabies.

A rabid animal is one that has already contracted rabies. A person contracts the disease and dies if he or she fails to receive a timely and an appropriate medical care after the rabid animal bite or scratch.

Symptoms, Diagnosis and complications
Even though the incubation period for rabies varies from one week to one year, it is typically two to three months after exposure to a rabid animal.

Initial symptoms of the disease may include difficulty in swallowing, fever with pain and burning sensation at the wound site.

The spinal cord and brain become swollen once the virus enters the central nervous system. A presumptive diagnosis of rabies is simplified when an individual presents with a compatible illness and has documented exposure to an animal confirmed in a laboratory as rabid.

The clinical manifestation of the disease may be either furious or paralytic. A furious rabies results in signs of foaming in the mouth, hyperactivity (aggression), excitable behaviour, hydrophobia (fear of water), aerophobia (fear of fresh air) and photophobia (fear of light).

A fully blown furious rabies, transmitted by a rabid dog, may make the rabies patient bark like a dog. At this stage, the affected person usually dies.

Unlike furious rabies, the paralytic rabies is less dramatic and usually runs a longer course. It leads to muscular paralysis, starting at the site of the bite or scratch.

As coma slowly begins, it leads to death. The paralytic rabies is often misdiagnosed, leading to under-reporting of rabies.

Prevention
Even though rabies is a fatal viral disease, its spread can be prevented. Suffice to say that rabies is a deadly disease that has no cure once the symptoms start but fortunately, the transmission of the disease can be prevented in several ways.

There is wisdom in the trite assertion that prevention is always better than cure. As such, people, especially those who keep domestic dogs and cats as pets, must take certain precautions to prevent the spread of the rabies virus among humans.

Pet vaccination, staying away from wild animals and seeking early and appropriate medical care are some of the precautionary measures necessary to prevent rabies transmission.

Early medical care
Early medical care after a rabid animal bite or scratch prevents the onset of the rabies symptoms. There is a need to create awareness among children regarding rabies. This is because about 40 per cent of people bitten by suspected rabid animals are children under 15 years.

After a bite or scratch by a suspected rabid dog or cat, immediate thorough wound washing with soap under running water is crucial and can save lives.

However, this must be followed by the receival of the anti-rabies vaccine and immunoglobulins or antibodies.

Unfortunately, the situation in Ghana is such that sometimes the public health facilities lack the anti-rabies vaccine which is supposed to be administered for free.

This, however, does not mean that people should not make the frantic efforts to be immunised even before a rabid animal bite or scratch.

The number of global human deaths due to dog-mediated rabies is estimated to be 59,000 annually.

Most of these deaths (96 per cent) occur in Asia and Africa. In Africa alone, an estimated 21,476 human deaths occur each year due to dog-mediated rabies (36.4 per cent of global human deaths).

As such, keeping unvaccinated pet dogs and cats is thus a sure way of inviting preventable and premature deaths to one’s household and neighbourhood.

Sadly, human deaths from rabies are significantly under-reported in many parts of the world. According to the World Health Organisation (WHO), rabies has the highest case fatality rate of any currently recognised infectious disease.

Therefore, safety is of paramount importance when working with lyssaviruses. In 2015 therefore, the WHO launched the Global framework to eliminate by 2030, human rabies transmitted by dogs.

Conclusion
Rabies is a deadly viral disease. It can be transmitted by rabid animals and infected persons. People who keep pet dogs and cats must vaccinate the animals to prevent the spread of rabies.

Children must be educated on the devastating effects of rabies because children are the most affected.

Everyone should adhere to recommended precautionary measures to forestall rabies transmission to humans. Rabies has no cure, and it is very deadly but preventable.