“So na man you be since?” – Angry men assault crossdresser inside club after realising they’ve been rocking their fellow man (Video) 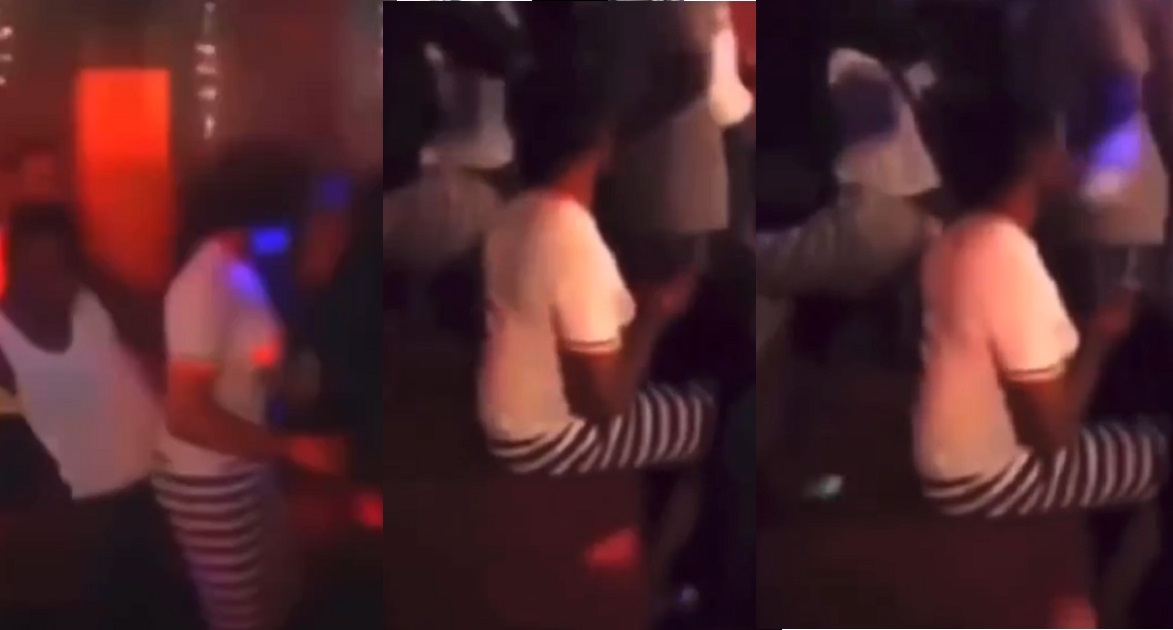 
There was a pandemonium at a Nightclub recently following an altercation between a crossdresser and some angry men.

A scuffle ensued and the angry men resorted to violence, as they chose to beat up the crossdresser for being deceptive.

The crossdresser receieved thunderous slaps as the men removed the wig and fake breast pad he wore underneath his clothes.

In other news, Nigerian crossdresser, James Brown’s sister, Gracious Brown, has announced her decision to transform into a man as she debuts a new tomboy look.

Recently, Gracious shared pictures of herself in a male outfit on her Instagram page. Sharing the photos, she explained that she had made the decision to embrace masculinity because her brother identifies as a woman.