Situation in the eastern Ukrainian town of Soledar is “critical,” soldier tells CNN 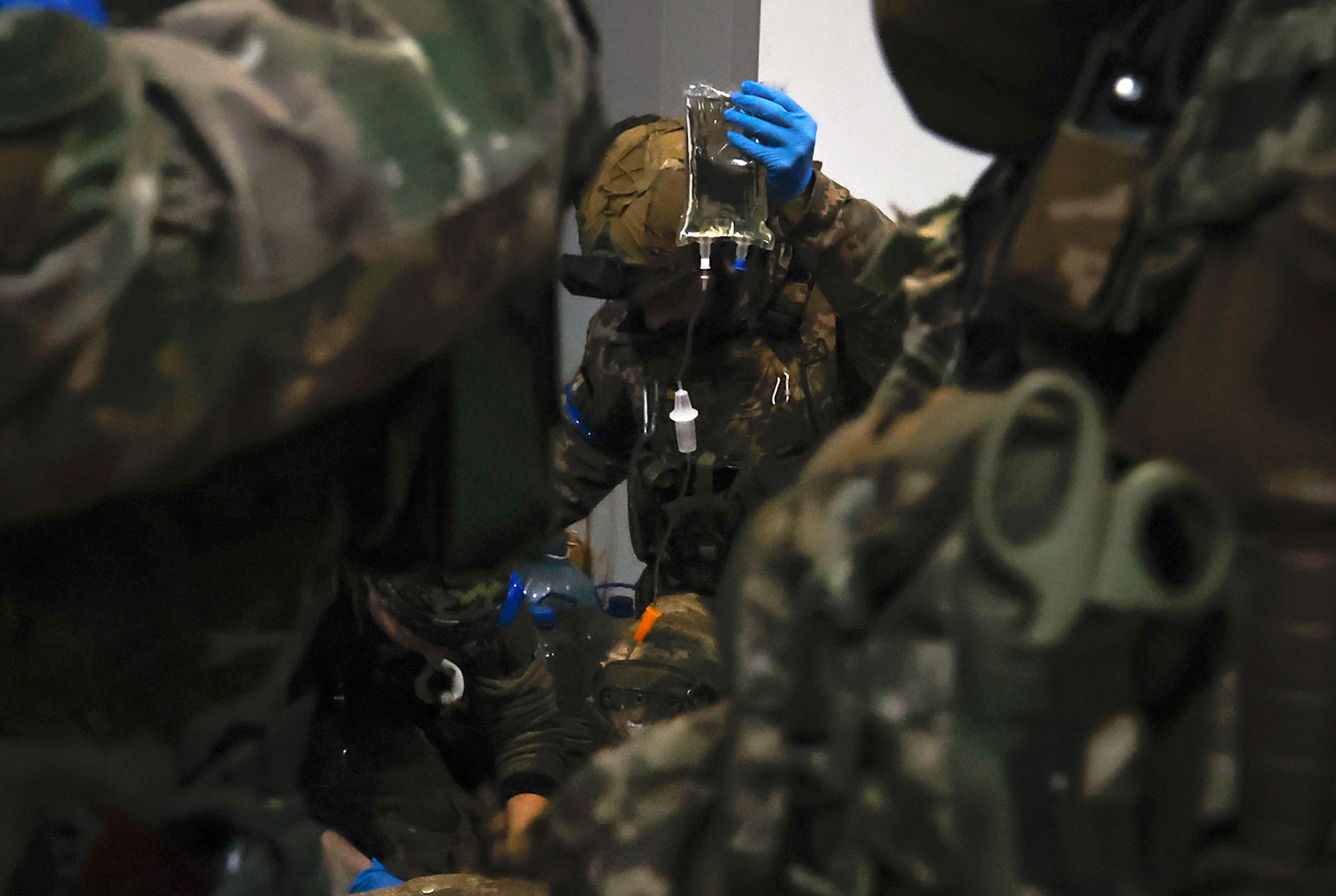 
A Ukrainian soldier fighting in the eastern town of Soledar told CNN that the situation is “critical” and the death toll is now so high that “no one counts the dead”.

The soldier is from the 46th air mobile brigade, which is leading Ukraine’s fight to hold onto Soledar in the face of a massive assault from Russian troops and Wagner mercenaries.

CNN is not identifying him for security reasons.

“The situation is critical. Difficult. We are holding on to the last,” said the soldier said.

He described a dynamic battlefield where buildings change hands daily and units can’t keep track of the escalating death toll. “No one will tell you how many dead and wounded there are. Because no one knows for sure. Not a single person,” he said. “Not at the headquarters. Not anywhere. Positions are being taken and re-taken constantly. What was our house today, becomes Wagner’s the next day.”

“In Soledar, no one counts the dead,” he added.

The soldier said it was unclear as of Tuesday night how much of the town was held by the Russians: “No one can definitely say who moved where and who holds what, because no one knows for sure. There is a huge grey area in the city that everyone claims to control, [but] it’s just any empty hype.”

The Ukrainians have lost many troops in Soledar but the ranks are being replenished as the fight for the mining town continues, he said: “The personnel of our units have been renewed by almost half, more or less. We do not even have time to memorize each other’s call signs [when new personnel arrive].”

The soldier said that he believed Ukraine’s military leaders would eventually abandon the fight for Soledar and questioned why they hadn’t done this yet. “Everyone understands that the city will be abandoned. Everyone understands this,” he said. “I just want to understand what the point [in fighting house to house] is. Why die, if we are going to leave it anyway today or tomorrow?”

The 46th air mobile brigade said on its Telegram channel on Tuesday that the situation in Soledar was “very difficult, but manageable.”

In his nightly address, Ukrainian President Volodymyr Zelensky thanked the soldiers of the brigade “for their bravery and steadfastness in defending Soledar.”

Share. Facebook Twitter Pinterest LinkedIn Tumblr Email
Previous ArticleRE: You Can’t Be President – Sulemana Tells Kennedy Agyapong Over This Reason | Features
Next Article The photos that El Paso’s Democrat mayor handed Biden – so he could see the full scale of the crisis