Singer Portable assaults his signee, Manny Monie, accuses him of being ungrateful (Video) 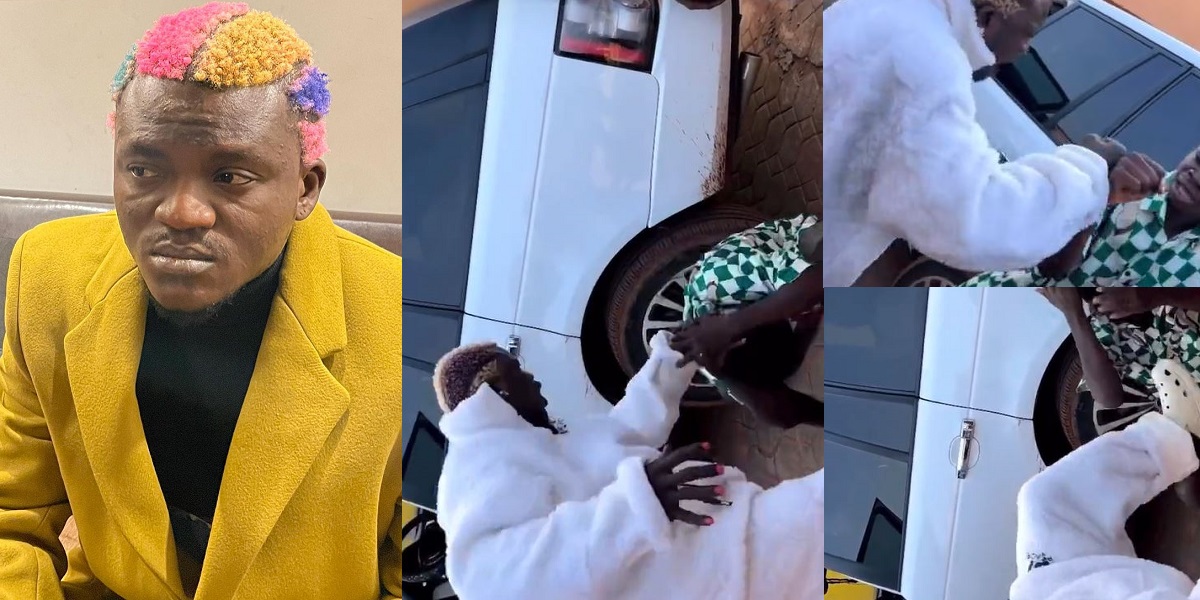 In a trending clip, the Zeh Nation record label boss is seen striking Manny hard with punches and kicks while accusing him of being ungrateful.

Portable, who bragged about signing Manny and promoted his music career, justified his outburst, claiming the signee had engaged two distributors without his knowledge.

“Manny you scam boy, you’re a scam boy, I turned you to a musician. why are you blackmailing me, I sign you under me, we write document, why are you using two distributor?” He said in part.

This comes after Portable sacked all the employees at his studio over low turnover while he travelled.

The singer, who was on tour and recently returned to Nigeria, made this disclosure in a video he shared on social media, explaining why he decided to sack all the staff at his Zeh Nation studio.

According to him, he was out of the country for over a month, and on his return, the studio staff claimed to have only made N7,000 in his absence.

The Zazu zeh star and music executive claimed that before his trip, he makes up to N15 million from his studio in 5 days, so it was quite upsetting when his studio staff reported that they only made N7,000 while he was away.

“I rebrand my studio, people i put in my studio refused to blow, I build studio, they didn’t deliver my money, them dey chop my money. Studio wey be say anytime I record, I make 2 million, 3million, in 5 days I fit make 15million, when I travelled and return they said they make 7000 naira.” He said.

Share. Facebook Twitter Pinterest LinkedIn Tumblr Email
Previous ArticleFans demand REFUNDS from World Cup chiefs who ‘gave in’ to Qatari royals by BANNING beer in stadiums
Next Article I almost lost my life because of drugs – Singer, Solidstar reveals as he warns against drug usage