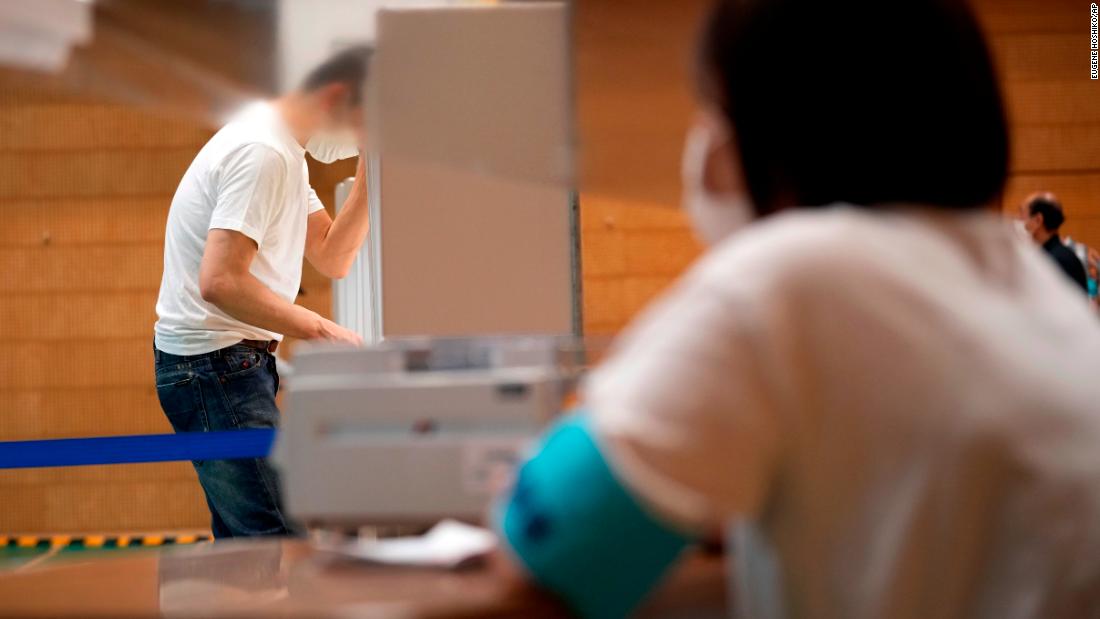 Abe, 67, was shot on Friday in the city of Nara while delivering a speech in support of candidates from his Liberal Democratic Party (LDP) in a killing that has stunned a nation with one of the world’s lowest rates of gun crime.

The country’s leaders had urged the public to turn out and vote on Sunday, denouncing the killing as an attack on democracy.

“We must absolutely defend free and fair elections, which are the basis of democracy,” Prime Minister Fumio Kishida said on Friday, adding that the party would “proceed with our election campaign as planned with the firm conviction that we will never yield to violence.”

Vote counting is now complete, but official results have not yet been released by Japan’s Ministry of Internal Affairs and Communications.

While the upper house is the less powerful of the Japanese parliament’s two chambers, the victory solidifies Kishida’s political base, and could help him push ahead with key policy issues including possibly revising Japan’s pacifist constitution — a cause Abe had championed during his nearly nine years in power and one that would require a two-thirds majority vote of both houses of parliament, followed by a popular referendum.

A few hours after polls closed on Sunday, Kishida told NHK, “The election has been at stake because of violence but we have to complete it. Now we’ve completed it, it’s quite meaningful — moving forward, we have to continue to work hard to protect democracy.”

The suspect behind the assassination

The election results come as the investigation continues into the suspect behind Abe’s killing, 41-year-old Tetsuya Yamagami who was arrested at the site moments after the shooting.

Police say he is suspected of murder but has not been formally charged.

Yamagami said he held a grudge against a certain group, to which he believed Abe had ties, and which his mother had been involved with, according to Japan’s public broadcaster NHK and Kyodo News Agency, citing police.

Nara police said on Monday that Yamagami may have carried out a test shooting in the early hours of Thursday morning against the building of “a certain group” in Nara prefecture, using the homemade gun he later killed Abe with.

Investigators said a vehicle believed to be Yamagami’s car was seen on security cameras close to where Thursday’s test shooting reportedly took place. Police refused to name the group, and the security footage has not been made public.

Photos from the scene on Friday show what appeared to be a weapon with two cylindrical metal barrels wrapped in black tape.

Yamagami told police he watched YouTube videos to help him make his weapons, NHK reported Monday, citing investigators. He practiced shooting the weapons in the mountains days before the killing, and police found wooden boards with bullet holes in the suspect’s vehicle, according to NHK.

Yamagami also told investigators he had initially intended to kill Abe by using explosives at an event in Okayama prefecture, a three-hour drive from Nara, NHK reported — but he reportedly changed his plan due to potential difficulties in entering the event.

As a national leader, Abe was affiliated with multiple groups, organizations and causes, as is common in any democracy. It is unclear if Abe was linked to any group the suspect was talking about.

When asked whether the suspect was working alone or with anyone else, police said they are investigating all possibilities.

A nation in mourning

The shooting has shocked Japan, a country long regarded as one of the world’s safest.

A private wake will be held in Tokyo on Monday and a funeral on Tuesday, according to Abe’s office. The office added that they would hold a ceremony to mourn him, though a time and location has not been decided yet.

The office has set up an altar for the public to lay flowers at their office in Yamaguchi, and will add a space for incense tomorrow, it said.

In the days since Abe’s death, mourners in Nara have gathered and placed flowers at a makeshift memorial close to where he was gunned down.

Abe was Japan’s longest-serving prime minister, having held office from 2006 to 2007, then again from 2012 to 2020, when he stepped down citing health reasons. But even after his resignation, Abe remained an influential figure in the country’s political landscape and continued to campaign for the LDP.

“He was such a towering figure in Japanese politics for so long … I think everyone expected that for years to come he will continue to wield tremendous power,” said Tobias Harris, senior fellow for Asia at the Center for American Progress.

“So the reality that he’s not there wielding that power, that he’s gone and that he’s left a power vacuum within the LDP is … a much bigger shock, even than just the fact of his death for the public at large.”

Messages of mourning and remembrance have flooded in from world leaders past and present, many of whom worked with Abe — a highly influential figure throughout the Asia-Pacific region who defined politics for a generation — during his terms in power.

US Secretary of State Antony Blinken visited Tokyo on Monday, meeting Kishida to pay respects and give his condolences to the Japanese people.

“I’m here because the United States and Japan are more than allies; we are friends. And when one friend is hurting, the other friend shows up,” Blinken told reporters on Monday. He added that Abe was “a visionary who took relations with the US to new heights.”

Taiwan’s President Tsai Ing-wen and several senior government officials also visited Japan’s de facto embassy in Taipei on Monday to pay tribute to Abe and to convey her “deepest condolences” to the Abe family. Taiwan is also flying flags at half-staff to mark Abe’s contributions to the island.