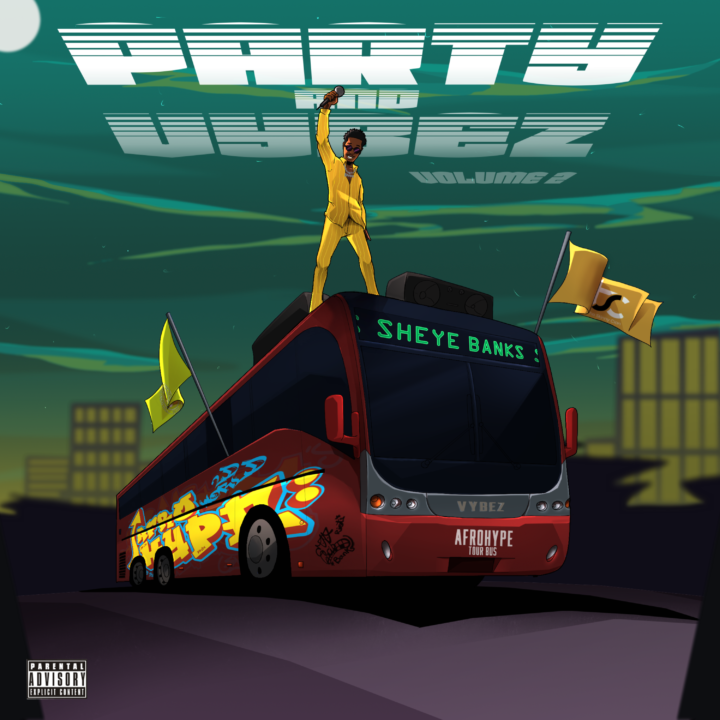 
After starting in the media over a decade ago, Sheye Banks has become not just one of the most popular on air personalities in Nigeria, but he has also been able to build a reputation as a music executive and an all-round entertainer. Asides pioneering Hype music in Africa on what is now referred to as AfroHype, he has been able to apply his good taste in music as an A&R by working with several artists including Reekado Banks, Buju, Iyanya, Davido and Kizz Daniel. He recently received plaques for his achievements as the first A&R in Africa to score three #1 hits on the TurnTable charts. Ahead of the release of his debut album called Statement of Account, here is the second instalment of his AfroHype project series titled Party & Vybez Vol.2. Fans are delighted about his new offering as he continues the journey.

Party & Vybez Vol.2, is another remarkable project becoming the second time Banks has emphasized the AfroHype genre he created a few years ago and this project has a range that proves his versatility from the Afro-pop sounds. It features collaborations from Hypemen like Toby Shang on Wayward Dance and Voltage of Hype on Show Love. Not omitting the Amapiano infused single, he also taps into the budding AfroEDM sounds from other parts of the African-Afro movement on songs like “Dance For Africa” and “Falling Over”