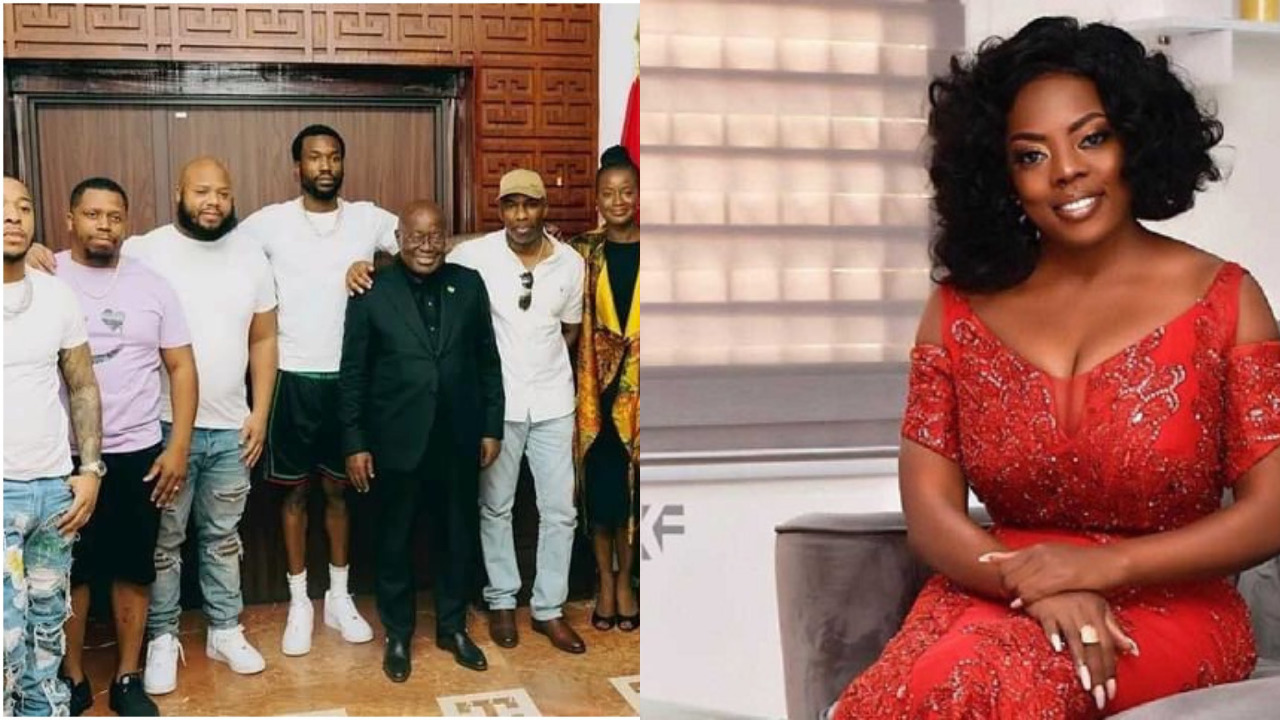 
Award-winning Ghanaian female journalist, Nana Aba Anamoah has shared her two cents on Meek Mill‘s controversial Jubilee House video which has been a topic of national discussion for the past three days now.

A large number of Ghanaians, including Members of Parliament, have added their voices to the ongoing discussion that Meek Mill disrespected the office of the presidency and Ghanaians at large.

According to some social media users, Nana Addo should be blamed for the mess because he’s the overall boss at the Jubilee House hence he’s privy to whatever happens inside there.

The people who strongly believe Nana Addo should be blamed have subjected him to severe criticism and insults.

Nana Aba Anamoh has swiftly jumped to the defense of Nana Addo and according to her, she can bet on her last coin that the president had no idea that such activity happened inside the Jubilee House.

Sharing her thoughts on the matter on her Twitter page, she tweeted;

READ ALSO: Black Sherif, Gyakie And Others To Perform At Afro Nation USA

I can bet my last coin that the President knew absolutely nothing about that shoot,I however, doubt anything will happen to whoever authorized it (if they decide to investigate how Meek Mill desecrated the jubilee house that way).”

Although Nana Aba Anamoah‘s comments are harmless but some tweeps are mercilessly chastising her in the comments section of the post.

According to them, she’s looking for favors and future appointment reason she’s defending the undefendable.