Shatta Wale had an affair with Burna Boy’s girlfriend 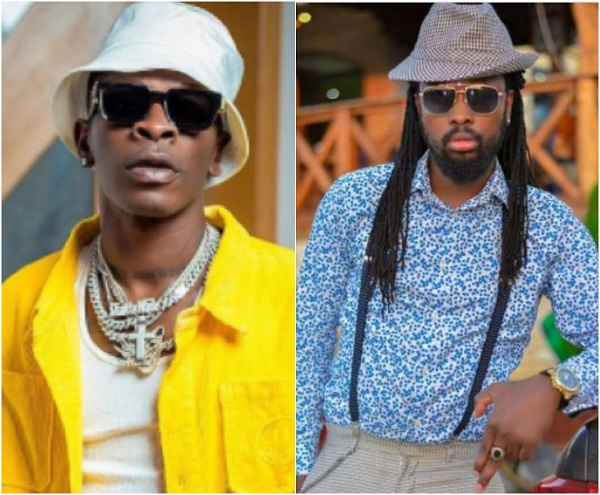 Ghanaian dancehall singer, Shatta Wale has stated that Nigeria’s Burna Boy is fighting him over a woman due to a lie his ‘boys’ told him years ago.

To confirm this claim, a former member of the Shatta Movement (SM) family, singer, Wizla Finito has alleged that Burna Boy‘s relationship with Shatta went sour after finding out that his girlfriend warmed the bed of his Ghanaian best friend.

Wizla added that the secret has been among close friends until 2021 when the two award-winning musicians decided to wash their dirty linen in public.

“Shatta is not with the street, he f**ked Burna Boy‘s girlfriend behind his back. Somebody he loved, he is your brother from the streets. As for me if you have sex with my girlfriend, I will beat you to death. He (Shatta) is a snitch, the street is not cool. How could you have an affair with your brother’s woman? Burna Boy never talked about the issue,” said Wizla in a Facebook live video?

According to him, Burna only called out Shatta Wale on social media out of the pain bottled in his heart for years.

Meanwhile, Shatta has teased his former friend over a woman (name withheld) suspected to be Burna’s former girlfriend. He added that the Grammy award-winning singer is not man enough.

“Because of girl weh you naaa say she be ashawo, now u want fite me for ashawo..Lol ..what pussy can do to some men. My nigga the girl sef u watch her height -Like my grandfathers TV set ..I like it tall brooooo cuz am very tallllllll and you fucken know. Pussy,” read Shatta’s tweet dated January 2.

In a separate tweet, he added: “You couldn’t face me to ask if I fucked your girl but you kept it in your mind cuz my boys I sacked called to lie and you believed…Are you not a pussy … You are just a small boy with height ..No sense too..How?”

Watch the video below:

Nigerian singer, Dapo Oyebanjo, popularly known as D’banj, has disclosed that he sometimes misses being…