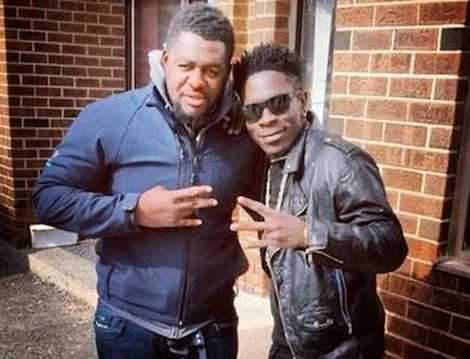 
Dancehall artiste, Shatta Wale has denied claims that the likes of popular artiste manager, Bulldog managed him in the past.

In a Facebook post on Monday, he said he was his own manager to date, suggesting he was never under the tutelage of any artiste manager.

“I was my own manager and CEO of Shatta Movement till today,” he wrote in snippets of a music video with lyrics that appreciate his fans and some DJs who play his music.

“Stop lying to people that you managed me. I employed you and I was paying you #differentartiste,” he continued.

“The lies in this country erh ..No wonder many are not happy with their fellow brothers’ success,” he captioned the video.

For many years, Bulldog-born Lawrence Nana Asiamah Hanson has been a known manager of Shatta Wale’s brand.
He reportedly managed Shatta at a point before they went their separate ways.

But Shatta’s Monday post gives a different narrative to his working relationship with anyone called an artiste manager.

The statement has come not long after both Shatta and Bulldog have not been enjoying the best of relationships in the past weeks.

Bulldog had a banter with Shatta Wale over his claims that the musician’s ‘Gift of God’ album would not sell more than that of Black Sherif’s ‘The Villian I Never Was’ album.

According to Bulldog, Black Sherif’s album will stream more because he has an international label behind pushing for him, unlike Shatta who is doing it alone. But in his response, Shatta asked Bulldog to “stop the nonsense” and make his own money.

In a caution to Shatta on Facebook, Bulldog also shared a video of Burna Boy hanging out with DJ Khaled and said Shatta could not afford that with all his money.

He wrote, “Charles Nii Armah Mensah all your money cannot buy this right here… I know your time will come but until then, honour those who honour you, it brings more blessings and supernatural growth. Stop being bitter… be happy for everyone. You’re blessed. Be content. And more will follow.”

The statement has since attracted a lot of attention on social media.

Now Shatta is also saying he was his own manager till today, kind of downplaying the alleged roles Bulldog played in his music career.