SECOND batch of Biden classified documents found at another location 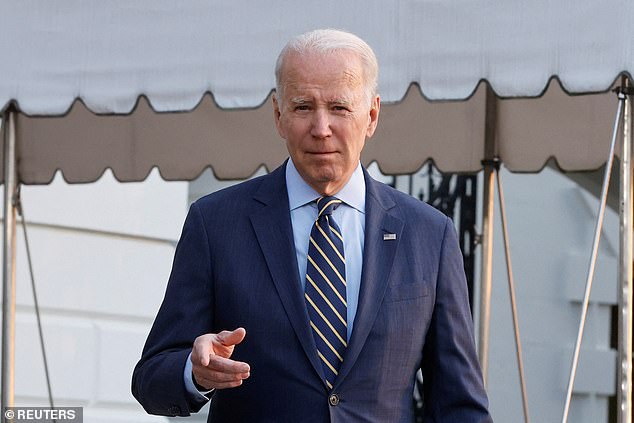 
BREAKING NEWS: SECOND batch of Biden classified documents found at another location – after President said he was ‘surprised’ by first discovery and takes the matter ‘seriously’

Aides to President Biden have discovered a second trove of classified documents in a different location from the last set, a person familiar told NBC News.

The classification level, number and exact location of the documents is still unclear.

The source said that since the first discovery of classified materials in November Biden aides have been searching for additional secret documents that need to be returned to the National Archives.

On Monday it was reported that attorneys for the president had in November discovered documents at his office in the Penn Biden Center in Washington, D.C., which he used after his time as vice president.

The documents were discovered in a locked closet while the lawyers were cleaning out the office to move out.

Since the White House admitted Monday that Biden’s attorneys had found 10 documents with classified markings at an old office at a Washington, D.C. think tank, the president has been peppered with questions about the discovery.

President Joe Biden said he was ‘surprised’ that classified documents were found in his former office at the Penn-Biden Center, a think tank in Washington, D.C.

The D.C. office building where 10 classified documents were found at a former office of now President Joe Biden

The classified documents that appeared to be from the Obama administration were found on November 2 – before the midterm elections – though news of the documents did not come out until months later.

On Wednesday White House press secretary Karine Jean-Pierre was asked whether Biden had looked into whether he might have possibly taken other documents to any other office he has or his homes in Wilmington and Rehoboth, Delaware.

Biden was asked about the documents at the top of his trilateral press conference Tuesday in Mexico City, alongside Mexican President Andrés Manuel López Obrador and Canadian Prime Minister Justin Trudeau.

The president said he was ‘surprised’ to find out classified documents were discovered in a box in a locked cabinet. But said his lawyers ‘did what they should have done.’

The documents were discovered on November 2 and handed over to the Archives on November 3.

Biden said he didn’t know the content of the documents and that his lawyers suggested he not ask.

‘And we’re cooperating fully with the review,’ the president added.

Republicans have cried of a ‘double standard’ – Trump’s possession of classified documents made him the subject of a raid on Mar-a-Lago in August.

The Biden team has pointed out that in Trump’s case the FBI was aware that Trump had not fully complied with a subpoena from the Archives to return all classified documents. In Biden’s case, the Archives was unaware of the missing documents.