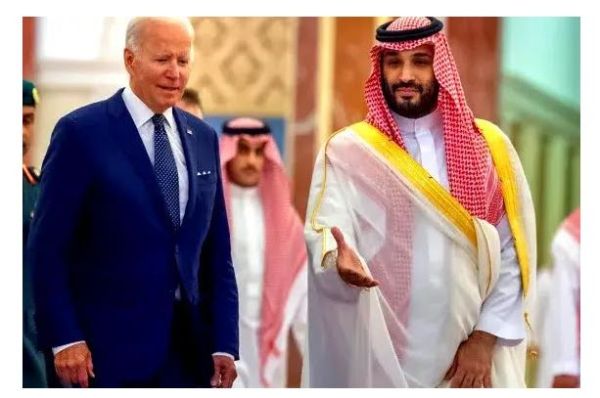 
The United States has said Saudi Arabia’s de facto leader Crown Prince Mohammed bin Salman would be granted sovereign immunity over the civil case of the murder of the Saudi journalist, Jamal Khashoggi.

Khashoggi, a renowned journalist who worked for the Washington Post, was a Saudi government critic, dissident and author.

He was assassinated by the ”order’ of Bin Salman, at the Saudi consulate in Istanbul, Turkey’s capital in October 2018.

Khashoggi’s ex-fiancée, Hatice Cengiz filed a lawsuit in the US court against Salman and the Saudi government. However, on Thursday November 17, President Joe Biden’s administration said the crown prince’s recent promotion to the role of Prime Minister suggested that he was “the sitting head of government and, accordingly, immune” from the lawsuit.

The decision has made legal experts say that the lead judge in the case, John Bates will dismiss the suit, which Cengiz had filed to accuse bin Salman of “kidnapped, bound, drugged and tortured, and assassinated US-resident journalist and democracy advocate Jamal Khashoggi.”

“The United States government has expressed grave concerns regarding Jamal Khashoggi’s horrific killing and has raised these concerns publicly and with the most senior levels of the Saudi government,” the Department of Justice said in its filing.

It also added that the US had also imposed financial sanctions and visa restrictions in connection to the murder.
“However, the doctrine of the head of state immunity is well established in customary international law and has been consistently recognised in longstanding executive branch practice as a status-based determination that does not reflect a judgment on the underlying conduct at issue in the litigation,” it said.

Reacting to the US disposition on immunity, Cengiz wrote on Twitter, “Jamal died again today, with the ruling.”

Also, the Secretary-General of Amnesty International, Agnes Callamard, said, “Today it is immunity. It all adds up to impunity.”

Saudi Arabia had said Khashoggi, who was also a former Washington Post columnist was killed in a “rogue operation” by a special squad sent to convince him to return to the kingdom.