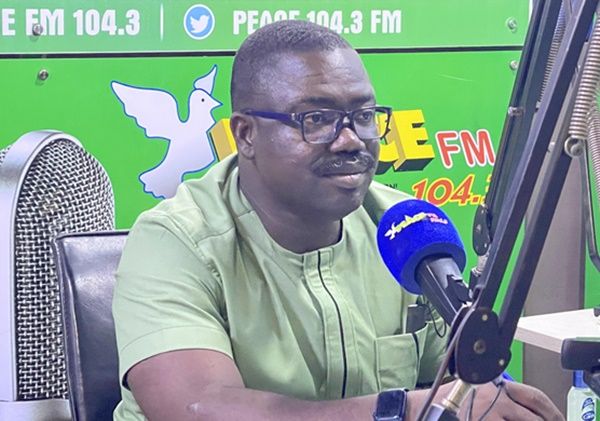 
Dr. Benjamin Otchere-Ankrah, a Governance Lecturer at Central University, has fervently appealed to Finance Minister, Ken Ofori-Atta to annouce his resignation before the ad-hoc parliamentary Commitee probing the censure motion filed against him.

The Minister is currently at the public hearing of the motion of censure by the Committee which is being telecast live on national television.

Delivering his opening remarks, the Minister has apologized to Ghanaians over their disappointment in him and the Akufo-Addo administration.

“Everything we have sought to do was to make the life of the Ghanaian better. We have been focused on this vision to improve lives and in the first 4 years, our efforts were leading to the realization of the vision,” he said.

He acknowledged “that our economy is facing difficulties and the people of Ghana are enduring hardships” and that he feels “the pain”.

“As the person President Akufo-Addo has put in charge of this economy, I feel the pain personally, professionally and in my soul. I see and feel the terrible impact of rising prices of goods and services on the lives and livelihoods of ordinary Ghanaians.

“I feel the stress of running a business, but it is the strength and perseverance of the Ghanaian people that inspire me and my colleagues in government every morning. That is what gives me the strength to press on to find solutions and relief for Ghanaians to the myriad of problems that our country and the rest of the world are facing especially since March 2020,” he added.

” . . let me use this opportunity to say to the Ghanaian people what I believe, with courage, every Finance Minister around the world may wish to say to their people now. I am truly sorry!”, he asserted.

But Dr. Otchere-Ankrah has called on him to relieve Ghanaians by telling them “he has resigned”.

He noted that the Minister has accomplished a lot for himself and it is time for him to “go and rest” to save his image and reputation.

“Sometimes, we need a fresh blood . . . Sometimes, we just need a new face to give us assurance,” he emphasized.

“Is he happy with the criticisms about him?”, he questioned the Minister.

He stressed “if the President doesn’t want to sack him, he should dismiss himself. It will help him. He should save his own image”.

Meanwhile, the Committee probe is ongoing with the Minister answering a barrage of questions bordering on the allegations leveled against him.