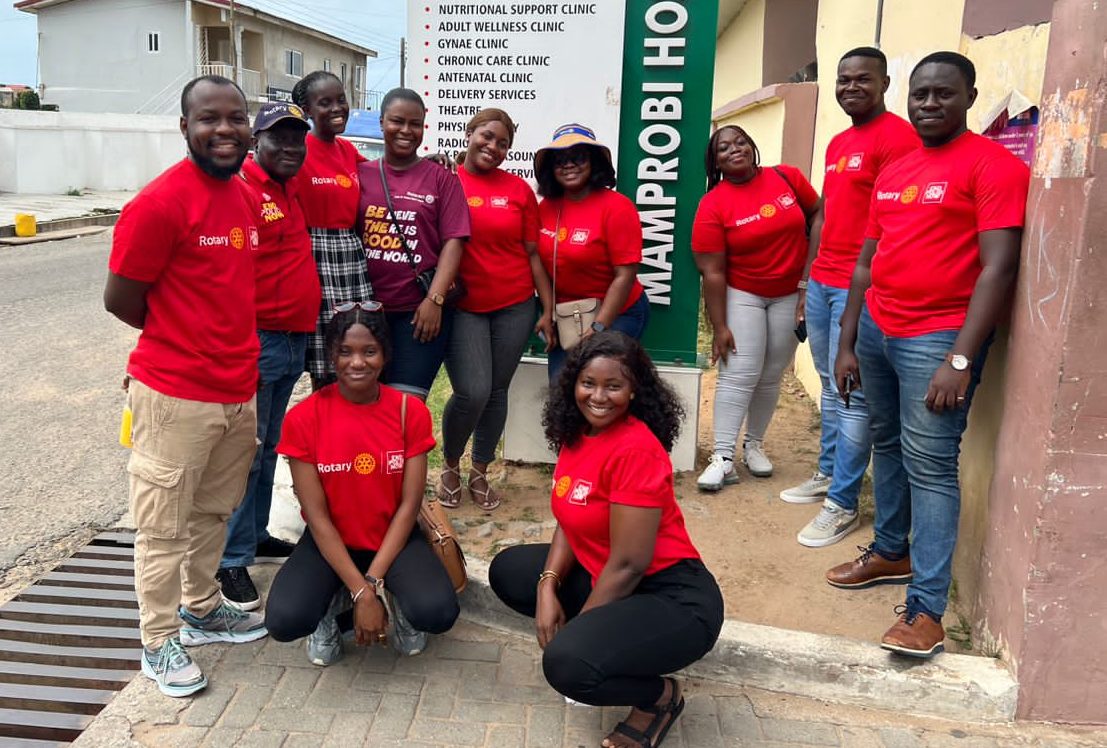 
The Rotaract Club of Accra East Legon recently took part in the Ghana National Polio Immunization Day, which began from September 2022 on October 8, 2022, within the Accra Metropolis.

In partnership with the Ghana Health Service’s district Disease Control Directorate at the Mamprobi Polyclinic, the club, which is under Rotary International, visited four communities, namely, Korle-Bu, Korle Gonno, Chorkor and Mamprobi.

Rotary International has been working to eradicate polio for more than 35 years. The group’s goal of ridding the world of this disease is closer than ever.

As a founding partner of the Global Polio Eradication Initiative, Rotary International has reduced polio cases by 99.9 percent since its first project to vaccinate children in the Philippines in 1979.

Rotary members have contributed more than $2.1 billion and countless volunteer hours to protect nearly 3 billion children in 122 countries from this paralyzing disease.

Rotary’s advocacy efforts have played a role in decisions by governments to contribute more than $10 billion to the effort.

Present for the immunization exercise was 12 club members who were divided into 4 groups for the various communities.

Each group had a target of 200 immunizations for children between 0-5years old.

The exercise began at 9am and ended at 2pm, with each group meeting their targets for the exercise.

During the immunization process, the club encouraged the community health directorate to ensure all the children in the district are immunized to aid in the fight against Polio.