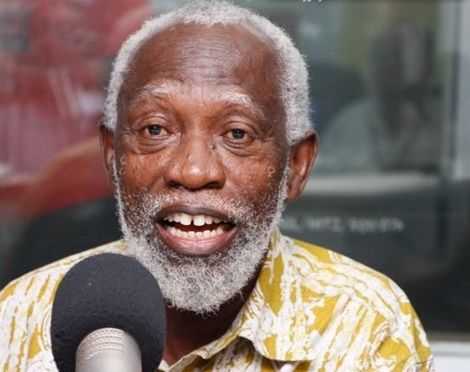 
Prof Stephen Adei, an economist has said reversing the Electronic Transfer Levy (E-Levy) will not solve the economic woes of Ghana.

The pressure group Arise Ghana wants the government to reverse the levy, halt the Agyapa deal and reduce fuel prices, as well as, stop the reclassification of the Achimota Forest.

Speaking at the opening of the Financial Economic Seminar in Accra on Monday (13 June), Adei said: “Interestingly, I was looking through social media and I saw a planned demonstration by a group called Arise Ghana on 21 June, I think they are giving a sufficient notice and as I look through them they have five complaints.”

“So, I went down to read what was their request to the government, and interestingly there were four of them. That E-Levy must be reversed, petrol prices should be reduced, that the Agyapa deal should not come on and the EI of the Achimota Forest should be reversed. And I said that well, if the government did all these four things, it will not change the current situation, not that they are not important,” Prof Adei said.

He further called on participants to proffer solutions that could help solve the economic challenges facing Ghana.

“I am expecting in this forum, real serious engagements as to where we came from, why we are here, what are the options for the future and a country like Ghana and which are the paths that may be most suitable,” he added.
The leading member of the Arise Ghana Movement Bernard Mornah, has said that the pressure group is preparing to rally Ghanaians to the streets in protest of the country’s rising hardships on 21 June 2022.

Arise Ghana is a civil society pressure group which seeks to employ legitimate and legal means of influencing public policy to shape the Ghanaian society.

“We are bringing the other side of the story that probably the policy makers are oblivious of and if they care they will then consider all these in shaping the destiny of our nation,” Mornah said.

Speaking on The Forum on Saturday (4 June) Mornah said: “We have gone on demonstrations one many times and it appears that our leaders and policy makers are not yielding anytime we go on the streets. They take it that it is one of the usual things, so initially to be honest with you, the group took the decision that we will be having a one week continuous demonstration.”

Arise Ghana served notice to embark on a demonstration in Accra on Tuesday 21 June 2022.

“The reason for which we want to gather and sleep around Christ the King is that we believe that around the church the angels will be hovering around in the night so they can protect us. We want to test the limits of our democracy.”

Police protection
Mornah stated that after reading the letter demanding demonstrator security, the regional commander stated that they couldn’t guarantee a 48-hour demonstration since the police were stretched.

“The police cannot become the new dictators and threats of our democracy. The police is supposed to be notified of our routes and they have to make preparations to ensure that we embark on our routes. The police have no right to say how long our protestation should last.

“The fact that the police say that they cannot provide that security doesn’t stop us from embarking on our demonstration. We have notified them; it is for them to come and do their duty.

“Except they are telling me that the Ghana Police is so incompetent that they are not able to rally themselves in other to contain a situation as minimum as this,” Mornah said.