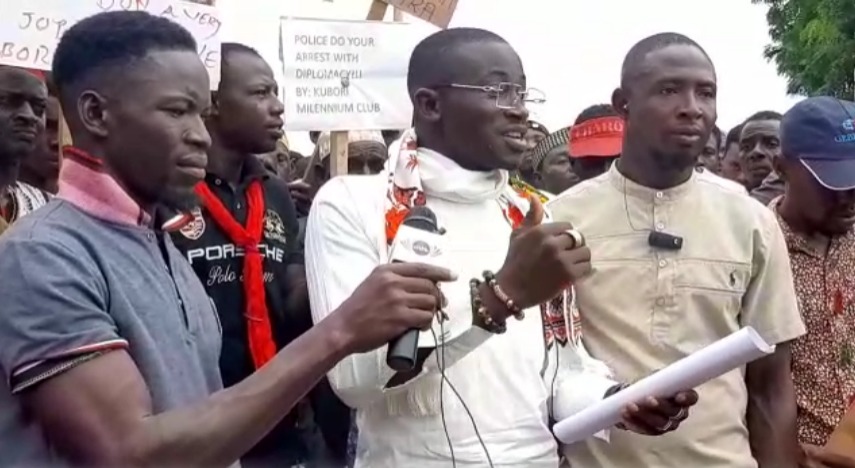 
Residents of Kubori in the Yagiba Kubori District in the North East Region on Wednesday poured onto the streets to demonstrate against what they say is the continuous police brutalities in the community.

According to the Residents, the police invaded the Kubori community at 2 am on the 18th of June and arrested about 25 people in the community over the death of a suspected robber.

At a press conference, the residents gave the police a 24-hour ultimatum to release four people still in custody.

The group calling itself Kubori Millennium Club says the situation is not only worrying but has the potential of plummeting the district into chaos and instability.

Seidu Damba Abdulai, the spokesperson for the group, justified the killing of the alleged robber and accused the regional police commander of being complicit.

A 40-year-old victim of alleged police brutality, who currently can not sit on his own as a result of the alleged attack shared his ordeal with Citi News.

“My whole body, my neck and head are paining me. The police held my neck and wanted to cut it. My eyes are no longer able to see properly. They used the back of their gun to hit me and I was crying. My mother came and they pushed her down several times.”

A woman whose son is among those in custody and is a candidate for BECE is pleading with the police to release him so he can go to school to prepare for the exams.

“My son is writing BECE this year. I am pleading with police to feel pity and fear God and then release my son so that he can prepare for the exams. His colleagues are in school learning and preparing but he is not. I am begging them to release my son for me.”