Republican Ohio AG claims ‘not a whisper’ was heard about the rape victim, 10, who got abortion 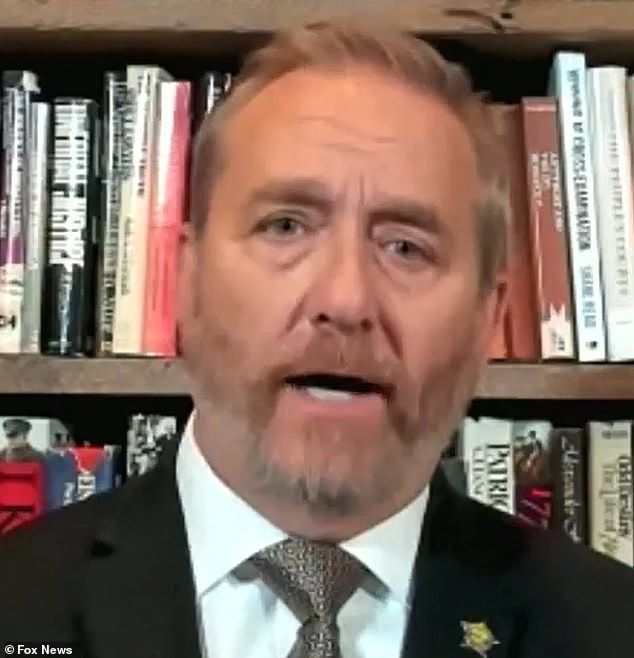 
The Ohio Attorney General Dave Yost said his office didn’t hear a ‘whisper’ about the 10-year-old girl who allegedly had to leave the state in order to get an abortion, and said there’s ‘no biological evidence’ of the case as a rape kit was not performed.

Yost, 65, told Fox News‘ Jesse Watters that a police report was never filed involving a 10-year-old rape victim and that the office ‘works closely’ with law enforcement, indicating that he would have known about it if one was filed.

‘We have regular contact with prosecutors and local police and sheriffs, not a whisper anywhere,’ he told Fox News.

The case made national headlines soon after the Indianapolis Star, an Indiana-based publication, reported a little girl had to cross state lines to receive an abortion because she was denied one in Ohio. An Indianapolis gynecologist claimed an Ohio abuse doctor got in contact with her hours after the Supreme Court’s controversially overturned Roe v. Wade.

The child was allegedly six weeks and three days pregnant – therefore, ineligible by just three days to receive the procedure in her home state.

Abortion advocates in the state attempted to halt Ohio’s six-week abortion ban, but the effort was denied by a judge on Friday.

The Ohio Attorney General Dave Yost, 65, said his office didn’t hear a ‘whisper’ about the 10-year-old girl who allegedly got an abortion in Indiana, and said there’s ‘no biological evidence’ of the case as a rape kit was not performed

Ohio is one of the many states that are set to impose laws, which would cap abortions at six weeks in the state. Also in the state of Ohio, doctors are mandated to report abuse of minors

Yost also claimed he ‘knows’ the state prosecutors and cops in Ohio and said all of them would be ‘turning over every rock in their jurisdiction if they had to slightest hint that this occurred there.’

The Buckeye State AG also said he doesn’t even know if the ‘originating doctor’ exists and said it would be a crime for that doctor to not report the girl’s alleged abuse to law enforcement, as she is a minor.

‘In Ohio, rape of a 10-year-old means life in prison,’ Yost declared.

Governor Mike DeWine’s office has also said it has no record of the case, according to Fox News.

It was originally reported that the girl had to leave the state for an abortion due to trigger laws, but Yost told Fox News that that is incorrect.

‘Ohio’s heartbeat law has a medical exception, which is broader than just the life of the mother,’ he said. ‘This young girl, if she exists and if this horrible thing actually happened to her – it breaks my heart to think about it – she did not have to leave Ohio to find treatment.’

On Friday, the president himself referenced the story, using it to help push an executive order that would protect abortions in the wake of the Supreme Court decision.

‘This isn’t some imagined horror,’ Biden said. ‘It is already happening. Just last week, it was reported that a 10-year-old girl was a rape victim – 10 years old – and she was forced to have to travel out of state to Indiana to seek to terminate the pregnancy and maybe save her life.’

Biden, 79, raised his voice as he recounted the story, grasping the podium with both hands as he railed about the trauma the girl would have faced, and the presumed unfairness of the situation.

The original account was given by Dr. Caitlin Bernard to the Indianapolis Star on July 1 – but has since been called into question by a flood of critics who have deemed the claims dubious.

Detractors cite how Bernard did not name the doctor who contacted her about the incident, nor the city where the child was located, while others pointed out that Bernard is a prominent abortion advocate, citing a slew of posts on her social media.

‘This is the account of a one-source story that quickly went viral around the world — and into the talking points of the president,’ Kessler – usually a proponent for the president – wrote of his doubt’s over the tale’s certainty.

Kessler began writing, ‘The Supreme Court’s overturning of Roe v. Wade, which had guaranteed a right to abortion, has led a number of states to quickly impose new laws to restrict or limit abortions.

‘Ohio was one of the first, imposing a ban on abortions after six weeks of pregnancy, with no exceptions for rape and incest,’ he went on, reiterating claims in the article, which was titled, ‘Patients head to Indiana for abortion services as other states restrict care.’

Kessler noted how Bernard was the only source for the story – and revealed the OBGYN declined to provide details to the Post about the location of the alleged rape, or whether it was being investigated by authorities.

‘The only source cited for the anecdote was Bernard. She’s on the record, but there is no indication that the newspaper made other attempts to confirm her account.’

Bernard, meanwhile, declined to identify to Kessler the name of her colleague or the city where the rape transpired.

Bernard wrote in an email: ‘Thank you for reaching out. I’m sorry, but I don’t have any information to share.’

White House Press Secretary Karine Jean-Pierre has since refused to say if Biden had confirmed that local law enforcement was seeking the child’s attacker.

‘The President spoke to that – a young woman – just to show how extreme the decision on…the Dobbs decision was, and just how extreme it is now for American public, the American families,’ Jean-Pierre said at daily press briefing Friday.

More than half of all US states have some kind of abortion ban law likely to take effect now that Roe v Wade has been overturned by the United States Supreme Court.

According to the pro-reproductive rights group The Guttmacher Institute, there are 26 states that will likely make abortions illegal now that the Supreme Court has overturned the landmark 1973 ruling.

18 have existing abortion bans that have previously been ruled unconstitutional, four have time limit bans and four are likely to pass laws once Roe v Wade is overturned, the organization found.

In addition, Georgia, Iowa, Ohio, and South Carolina all have laws that ban abortions after the six-week mark.

Florida, Indiana, Montana and Nebraska, are likely to pass bills when Roe v Wade is overturned, the Guttmacher Institute said.

Arkansas, Oklahoma, Mississippi and Texas have further bans that will come into effect if the law was overturned. These were passed post-Roe v Wade.

The states that will limit abortions based on the length of time a patient has been pregnant are Arkansas, Kansas, Kentucky, Louisiana, Missouri, North Dakota and Ohio.

There are four states that have laws that state abortion is not a constitutionally protected right: Alabama, Louisiana, Texas and West Virginia.