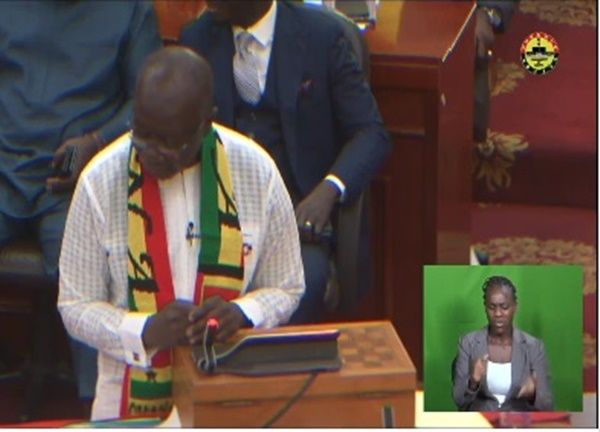 
Some Business owners in the Ashanti Regional capital, Kumasi, have expressed disappointment with the 2023 Budget Statement as presented by Minister of Finance Ken Ofori-Atta on November 24.

The traders are particularly concerned over the decision of the government to increase especially the Value Added Tax by 2.5%, which move they lament will adversely affect their business.

According to Charles Kusi Appiah-Kubi, the Executive Secretary of the Ashanti Business Owners Association, the budget should have rather introduced mitigating measures to further protect adversely impacted businesses and not impose more taxes.

“We are very disappointed, and it gives us the impression that the government has lost touch with the realities on the ground. Our disposable income has been affected, our working capital has been affected.

“In a situation where businesses are collapsing, the government should have been conscious in introducing measures that would save businesses…it is our prayer parliament won’t approve the budget,” Mr Appiah Kubi said.

Despite being in the heart of the ruling party’s base, the association last month closed their shops to protest the rising cost of doing business.

Ofori-Atta restated the government’s resolve to take the country out of the economic crunch currently ongoing and to reset the economy on a path of growth.

The assurance was contained in his budget statement presented to Parliament on November 24.

The document he said had been prepared with “high consideration for the aspirations of Ghanaians and the brighter prospects of our economy to transition into upper middle income within a decade.

“It reflects our determination and resolves to confront the current daunting economic challenges facing our nation head-on and reset the economy,” he stressed.

“We are confident that the measures outlined in this 2023 Budget will redirect us on the path of macroeconomic stability and growth,” he added.