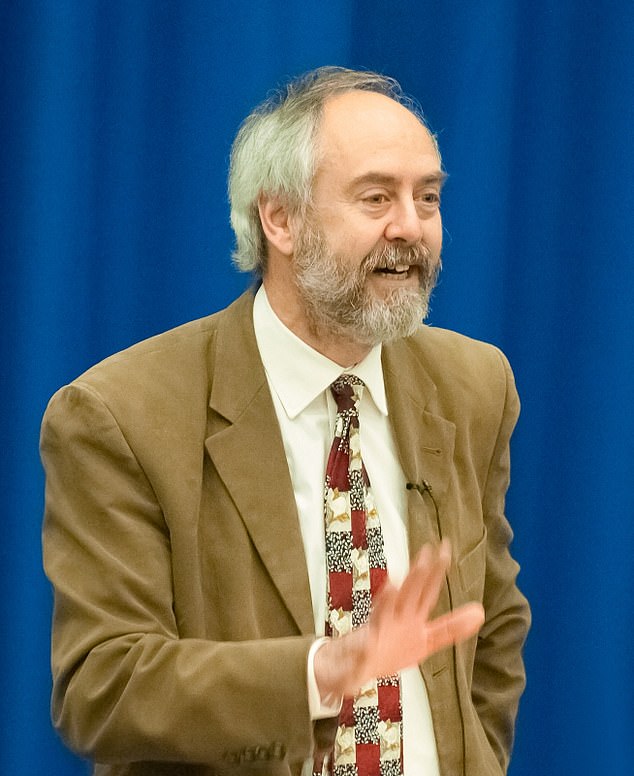 
A prominent Rabbi has today defended Dame Helen Mirren amid a ‘Jewface’ row over her casting as Israel’s former prime minister Golda Meir.

Rabbi Jonathan Romain, director of Maidenhead Synagogue in Berkshire, today took to Twitter to express his view, saying: ‘You don’t have to be Jewish to play a Jew’.

His comments come after Dame Maureen Lipman, who is Jewish, said Dame Helen, 76, should not have been asked to play the late Ms Meir in her latest film ‘Golda’.

Dame Maureen told the Jewish Chronicle she felt the uncomfortable at the casting of the multi award-winning actress, who is not Jewish, because the ‘Jewishness of (Meir’s) character is so integral’.

Fans today pointed out that Olivier prize winner, Dame Maureen, 75, once starred as a Church of England vicar in a comedy special of The Vicar of Dibley.

Taking to Twitter, Rabbi Romain, 67, wrote: ‘We had a discussion on this at Maidenhead Synagogue two weeks ago; the unanimous verdict was that actors should act – that’s what is their skill.

‘You don’t have to be Jewish to play a Jew or orphaned to be an orphan. But it’s wise to have an adviser from whatever is the context.’

Rabbi Jonathan Romain, director of Maidenhead Synagogue in Berkshire, today took to Twitter to express his view on the row, saying: ‘You don’t have to be Jewish to play a Jew’

Actress Dame Maureen Lipman (left) said Dame Helen Mirren (right) should not have been asked to play the Israeli leader Golda Meir, adding that she was uncomfortable with the casting

A publicity image of the film Golda, where Dame Helen portrayed Ms Meir during the Yom Kippur War in 1973, showed Dame Helen covered in prosthetic to look more like the politician.

Meanwhile, Mr Pollard, who was up until last month the editor of the weekly newspaper, Tweeted: ‘I adore Maureen Lipman but she couldn’t be more wrong on this.

‘The logic of her position is that the only character any actor can play is themselves.’

However journalist Nicole Lambert, responded to say the position is ‘more nuanced’.

She wrote: ‘I think a more nuanced take is that sometimes these roles of brilliant Jewish women should sometimes be played by Jewish women. And they never are.’

The row comes after Dame Maureen spoke to the Jewish Chronicle and gave her view on the casting.

In November a publicity image of the film Golda, where Dame Helen portrayed Ms Meir during the Yom Kippur War in 1973, showed Dame Helen covered in prosthetic to look more like the politician.

Dame Maureen’s comments sparked fans to point out that she herself had played a vicar in a 2015 Red Nose Day special of the Vicar of Dibley. In the comedy special, Dame Maureen’s character competed with Dawn French, Jennifer Saunders, Emma Watson and Ruth Jones, Annette Crosbie for the job of archbishop

Other actors who have played controversial roles

The American actress played the real-life of Mariane Pearl, the widow of journalist Daniel Pearl who was kidnapped and murdered by terrorists in Pakistan while working for the Wall Street Journal.

Ms Pearl, whose memoir of the incident was the basis of the film, is of of Afro-Cuban heritage.

Jolie wore dark make-up and brown contact lenses and a wig to play the role.

Despite criticsm, Ms Pearl revealed she was the person who had cast Jolie.

She said: ‘I have heard some criticism about her casting, but it is not about the color of your skin.

‘It is about who you are. I asked her to play the role—even though she is way more beautiful than I am—because I felt a real kinship to her.

‘She put her whole heart into it, and I think she understood why we should do this movie. We had something to say that we knew we should say together.

Scarlett Johansson: Ghost in the Shell (2017)

The American actress was criticised for taking on the role of Major Motoko Kusanagi, a Japanese character in the original anime of the same name.

The casting resulted in allegations of ‘whitewashing’ – a casting practice where non-white roles are played by white actors.

However, she said: ‘As an actor I should be allowed to play any person, or any tree, or any animal, because that is my job’.

Japanese-American actors also defended the casting, saying that it had not been controversial among Japanese natives.

Meanwhile, Justin Charity, of Ringer, wrote: ‘Your average Japanese citizen’s outlook on diversity is much less influenced by than the outlooks of many Asian Americans, who live in a country where popular culture rarely represents them well, if at all.

‘Hence, many Japanese Americans may find Johansson’s casting in a movie distressing, while native Japanese observers make nothing of it.’

The British comedian’s performance as a camp Broadway star in the Netflix musical was torn apart by critics.

The musical follows a group of has-been actors who visit a small Indiana town to help a lesbian teenager after she is banned from attending her prom.

In one review, Vanity Fair wrote: ‘Forget the whole case-by-case thing: no more straight actors playing gay men until the sins of The Prom are properly atoned for’.

Ms Meir was the fourth prime minister of Israel and held the position from 1969 until 1974.

Speaking about the casting, Dame Maureen said: ‘The Jewishness of the character is so integral.

‘I’m sure she will be marvellous, but it would never be allowed for Ben Kingsley to play Nelson Mandela. You just couldn’t even go there.’

Dame Maureen’s comments sparked fans to point out that she herself had played a vicar in a 2015 Red Nose Day special of the Vicar of Dibley.

It is later revealed there are five positions open and Dawn French’s character is the only one not to be selected.

She returns to find she has been replaced in her Dibley role by another vicar, played by presenter Fiona Bruce.

It comes after Tamsin Greig told The Daily Telegraph last month she ‘probably shouldn’t’ have played a Jewish mother in Channel 4’s Friday Night Dinner. Ms Greig is a practising Christian, although does have Jewish ancestry.

But Patrick Marber, the playwright who directed Sir Tom Stoppard’s Leopoldstadt, said he did not think ‘lived experience’ should be taken into consideration when casting for roles.

He said to force actors to have experienced lives similar to the characters they play would deny the actor the challenge and right to impersonate someone else.

Sarah Silverman, the US comedian, has previously slammed the casting of non-Jewish actress Kathryn Hahn as Joan Rivers, calling it ‘Jewface’.

Elliot Levey, who is currently playing a German Jew in Cabaret in the West End, called the argument a ‘dystopian nightmare’ as he criticised the idea of ‘people showing their papers to authenticate Jewish ancestry’.

Dame Helen is a supporter of Israel, adding her name to an open letter rejecting a cultural boycott of the country.

While promoting her film The Debt, in which she played a retired Mossad agent, she was asked by The New York Times whether she might be ‘a secret Jew’.

She said she ‘wouldn’t be surprised’.

Last year internet trolls branded Dame Helen ‘racist’ and described her as a ‘well known Zionist and Israel-worshipper’ after taking on the role of wartime prime minister Ms Meir.

The film, Golda, is set during the Yom Kippur War in 1973 when Arab states attacked Israel.

Dame Helen described Meir as ‘a formidable, intransigent and powerful leader’ and said it was ‘a great challenge to portray her at the most difficult moment of her extraordinary life’.

But critics on social media described the production as ‘fascism’, ‘sick’ and ‘tasteless’.

One Twitter user, who said they were ‘Palestinian and proud’, wrote: ‘How sick making a biopic on criminal Golda Meir and yes no surprise Helen Mirren the racist is happy to portray the pure distorted version of a disgusting individual.’

Another wrote: ‘Helen Mirren doing a film about the first female prime minister of Israel is a slap in the face to all the people of Palestine, they are literally celebrating taking over Palestine and taking families out of their homes, murdering children, families! Tasteless film!’

It comes after Tamsin Greig (pictured right) told The Daily Telegraph last month she ‘probably shouldn’t’ have played a Jewish mother in Channel 4’s Friday Night Dinner. Ms Greig is a practising Christian, although does have Jewish ancestry

One social-media user said it was ‘hugely disappointing that Helen Mirren is volunteering for this role’, while another wrote: ‘More fascism to show how ‘wonderful’ Israel is.’

Born in Ukraine in 1898 before moving to the US as a child, Meir made history in 1969 as Israel’s first female prime minister.

She soon provoked international controversy, saying: ‘There were no such thing as Palestinians.’

Meir faced huge criticism in Israel for failing to adequately prepare for the threat of war, despite receiving word that Syrian forces were gathering for an attack.

Following the backlash for her handling of the war, Meir announced her resignation in 1974. She died in 1978 aged 80.

Dame Helen has faced criticism in the past for saying that she was a ‘believer’ in Israel and that she rejected calls to boycott the country.

The film also stars Call My Agent! actress Camille Cottin as Meir’s personal assistant and Israeli Lior Ashkenazi as her chief of staff.