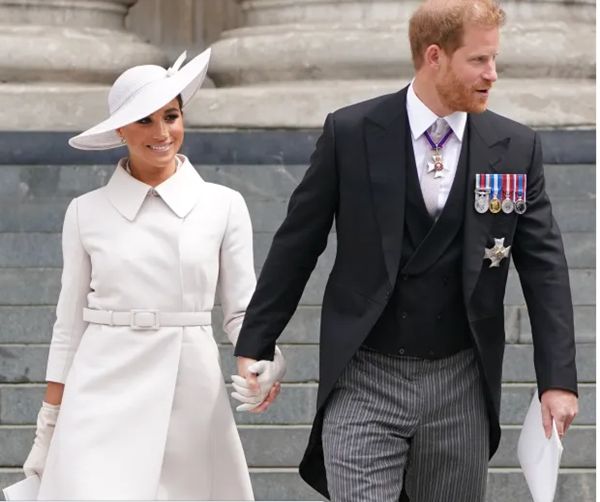 
Prince Harry today dramatically declared that he and Meghan will never move back to the UK and become working members of the Royal Family – just hours after using another bombshell US interview to rubbish suggestions that the couple give up their official titles.

Speaking on Good Morning America, the Duke of Sussex said: ‘I don’t think it’s ever going to be possible, I don’t think that even if there was an agreement or an arrangement between me and my family there’s that third party that’s going to do everything they can to make sure that that isn’t possible, not stopping us from going back but making it unsurvivable.’

He continued: ‘Because that’s essentially breaking the relationship between us. There was something in the future where, you know, we can continue to support the Commonwealth that of course is on the table.’