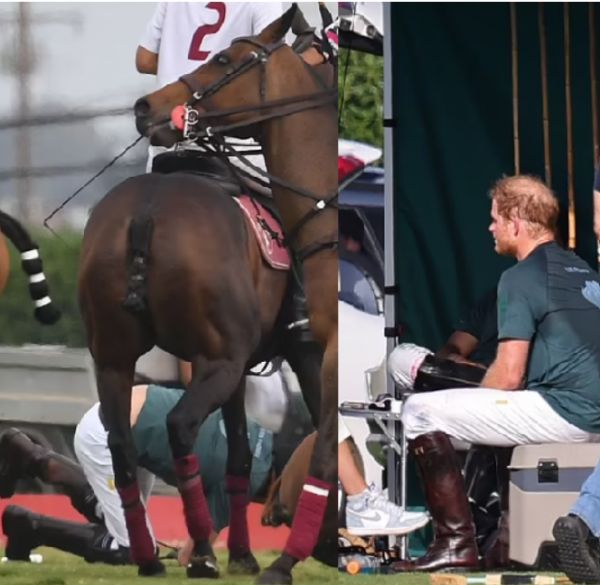 
Prince Harry fell off his horse in front of his celebrity friends as he returned to the polo field in California after a flying visit to Britain for the Queen’s Platinum Jubilee where he reportedly only had a ‘quite formal’ 15 minutes with his grandmother.

The Duke of Sussex, 37, was unscathed in the incident at the Santa Barbara Polo and Racquet Club, as was his ride, but it was a bad omen for the royal whose Los Padres team also lost the match 12-11 yesterday.