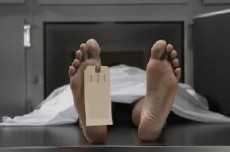 
A primary school teacher in the Akatsi North District of the Volta Region has reportedly murdered his own children.

The suspect, identified as Mr Dordoye, according to a Citinewsroom.com report sighted by GhanaWeb drowned his three children in a well following a misunderstanding with his wife.

The incident has been confirmed by the Chairman of the Ghana National Association of Teachers in the Akatsi North District, Prosper Agbeli, who noted that the suspect confessed to his neighbours after committing the crime.

“The man had an argument with his wife, and the wife decided to take the little boy away, leaving the three other children behind. In the night, the man decided to drown the three children by putting them in a well. After that, he decided to shout that he had killed his children,” Mr Agbeli said.

Meanwhile, the bodies of the three children have been retrieved from the well, while Mr. Dordoye is reported to be in the grips of the police assisting investigation.

Share. Facebook Twitter Pinterest LinkedIn Tumblr Email
Previous ArticleAllied Health Professions Council bemoans influx of fake practitioners
Next Article She left the dangers of Ukraine only to be killed riding a bike close to home. Hundreds will ride in her honor to demand change