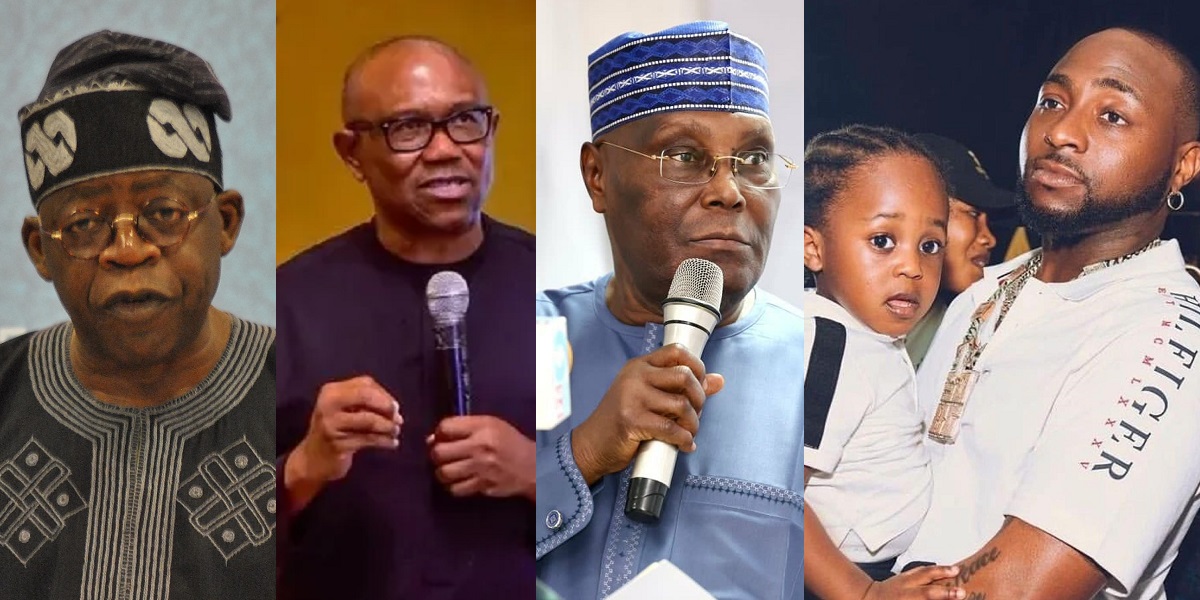 
Following the death of Davido and his fiancée, Chioma’s son, Ifeanyi Adeleke, the presidential aspirants of the three major political parties in Nigeria have taken to social media to sympathize with the couple.

Recall that the three-year-old passed away on Monday, October 31, after drowning in a swimming pool in the singer’s Banana Island home in Lagos.

Reacting to the tragic news, the presidential candidate of the All Progressives Congress (APC), Asiwaju Bola Ahmed Tinubu took to Twitter to send his condolences to the celebrity couple on behalf of himself and his wife, Remi Tinubi.

He wrote, “Oluremi and I send our heartfelt and deepest condolences to David, Chioma, and the entire Adeleke family over the tragic loss of their son, Ifeanyi. Our thoughts and prayers are with the family. May the Lord grant them the fortitude and strength to deal with this painful tragedy.”

Peter Obi, a former governor of Anambra state and the Presidential Aspirant of Labour Party, on his part wrote,

“I send my sincere condolences to Davido and Chioma, over the death of their son Ifeanyi. I cannot begin to imagine the pains they are going through at the moment. May God grant them healing, strength and comfort in this trying time. My thoughts and prayers are with the family.-PO”

Former Vice President and the Presidential aspirant of the People’s Democratic Party (PDP), Atiku Abubakar, who also reacted to the tragic news wrote,

“My thoughts and prayers are with Davido and Chioma and the Adeleke family at this time. I pray for God to strengthen and comfort them. -AA”