Pre-school director stripped of her license to work with children 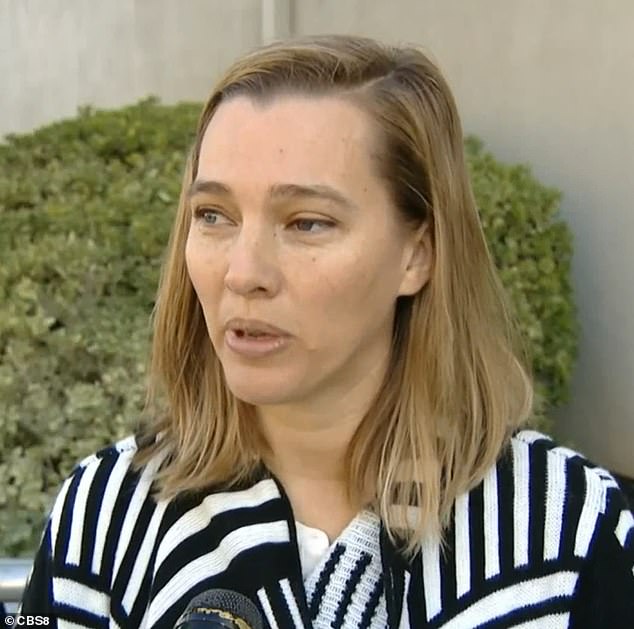 By Alyssa Guzman For Dailymail.Com

A California Christian preschool director has been barred from ever working with children again after she ‘failed to encourage’ two-year-olds to wear face masks in class.

Tiffany McHugh, the director of Foothills Christian Church Preschool in San Diego, had her license stripped after the Department of Social Services shut down the preschool because McHugh couldn’t get students to keep their masks on.

‘We were coming up against a lot of parents who didn’t want their children to be masked that young,’ McHugh told CBS 8.

‘There were a lot of children who were just too young to wear masks, they pull them off. it’s really difficult.’

Parents are now protesting the closure outside of the school, saying they want their children to go to school there

Social Services began visiting the school in September following a parent complaint about the mask policy. In November, the school was cleared of the violation, but a couple of weeks later, the department came back for a routine check-in and found students not wearing masks again.

‘We were going to continue working on it, but three days later they came in and shut us down,’ McHugh told CBS 8.

The department cited that the preschool failed to make sure employees were wearing a mask, in addition to ‘not encouraging’ students to do so.

It also reportedly said that McHugh stopped state workers from inspecting the building to give employees and students time to put on a mask.

The department alleged that the school failed to ‘regularly and frequently prompt and encourage students two years and older to wear face coverings at all times.’

In addition, the department took away her license forever and she will no longer be allowed to work with children again.

McHugh said the Christian school has appealed the suspended license and that hearing is scheduled for February 11.

Now, parents are protesting the closure outside of the school after the closure on December 10 after following months of working hand-in-hand with the state to improve.

One parent, who spoke to CBS 8 and was not identified, said: ‘We feel our children are safe in her care and the care of the other staff members.

Several parents have spoken out about the close. Derrek Cardinale (left) said it was the ‘safest school around’ and was ‘angry’ that it was forced to close.

Another parent, realtor Derrek Cardinale, said that Foothills Christian school the ‘safest school around’ and said he was ‘surprised and angry’ that the school is being shut down.

Several are claiming the school was ‘target’ after the department visited 11 times in just a few months, compared to very rarely at other neighboring schools.

‘They targeted us,’ David Hoffman – senior pastor at Foothills Christian Church, told the KUSI. ‘Have you ever tried to put a mask on a two-year-old? I mean, c’mon!

‘A lot of these parents do not want their kids wearing masks.’

DailyMail.com has reached out to the California Department of Social Services for comment.

Masking children has become a hot button issue in recent months. Vaccines are only available for children aged five and up, with many states encouraging children younger than that to don the face coverings, even though they are at very low risk of a serious or fatal COVID infection.