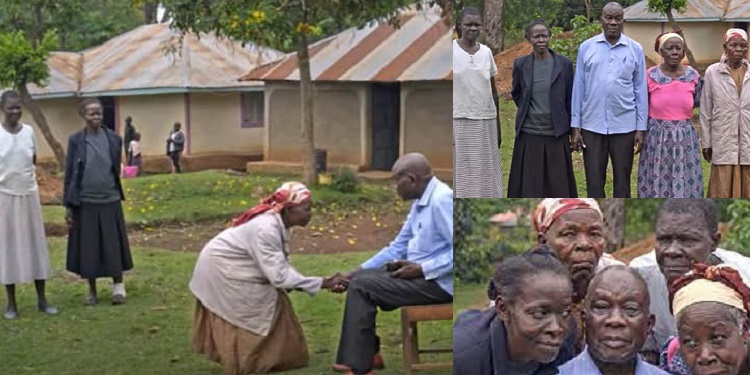 
A 77-year-old Kenyan man, identified as Andrew Ouma, has revealed he is happily married to seven wives.

Speaking in an interview with Tuko.co.ke, the father of 30 revealed that he got married to his first wife in 1966, when he was 18 years old.

According to Ouma, marrying more than one wife was a way of paying tribute to his mother, and it made him complete.

“Marrying many wives is part of our culture and makes me compete,” he said.

He further disclosed that his wives were neighbors, and his mother approved of marrying them.

He revealed he has so far built houses for four of his wives and is currently constructing houses for the remaining three wives. He also gifted them with a parcel of land each.

Ouma disclosed that he was born into a polygamous family, and his mother was the sixth wife. He said he’s frequently chastised for his polygamy, but he is unconcerned.

Ouma, who is a farmer, said his wish is to see his grandkids study, although he said they are facing hunger problems.

He said he has turned to a marriage counselor and has been helping people in his area.

Along with his 30 children, Andrew Oomua is blessed with 16 grandchildren and three great-grandchildren.