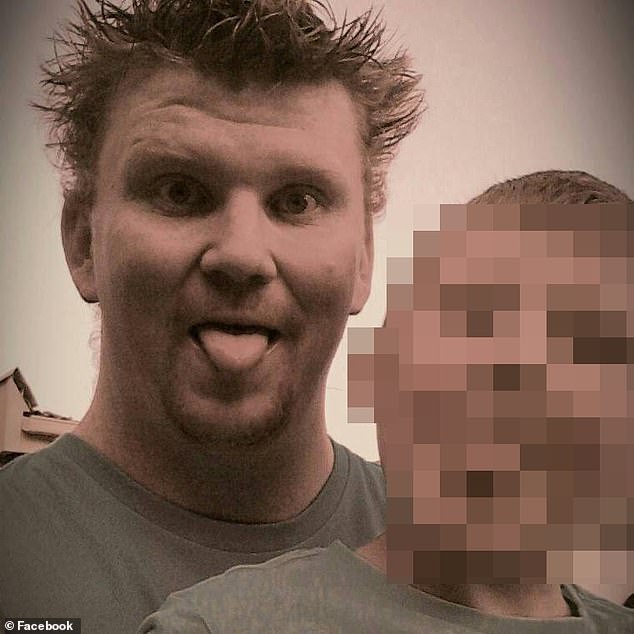 A perverted father has admitted to dressing himself and his sex doll in lingerie he stole from unsuspecting women during a five-year rampage.

Joshua Murrell, 34, of Reservoir – north of  Melbourne – pleaded guilty on Monday to stealing more than 5,000 pieces of clothing – mostly women’s underwear – off clothes lines during his lengthy spree.

The vile predator has been behind bars since July 11 after stunned detectives raided the home he shared with his father.

Appearing from his prison cell within the Melbourne Assessment Prison, the pony-tailed man, who sports a tattoo on his bicep showcasing the 3073 postcode of the suburb he targeted – showed no emotion as a six page summary outlining his depravity was read out.

Some of his victims had tuned into the hearing to listen to their harrowing victim impact statements read to Magistrate Meagan Keogh.

Murrell was captured only after one of his victims’ caught him on CCTV cameras she had set up after repeatedly having her undies stolen in the dead of the night.

Police prosecutor Senior Constable Maddie Shipley told the court police had found video footage of Murrell violating a sex doll with homemade sex toys while both it and he was dressed in the stolen underwear.

Upon his arrest, Murrell claimed he had the doll for ‘just a bit of fun to cuddle’.

‘I have an issue and need help. I’ve been doing it for years,’ he told detectives.

Murrell pleaded guilty to multiple charges of stalking, theft, dealing with the proceeds of crime and possessing an imitation firearm.

Joshua Murrell appeared in court on Monday via videolink

Joshua Murrell told police he was disgusted with himself

Senior Constable Shipley said Murrell had filmed himself skylarking with the imitation gun, which by all accounts looked like a real one.

Among his sick treasure trove of stolen booty were handbags, bras, underwear, gym tights, shoes and various other types of women’s clothing.

‘Numerous items were damp or mouldy and multiple items still had pegs attached. A large number of items were soiled… several items had what appeared to be semen stains on the fabric,’ Senior Constable Shipley said.

The court heard many of Murrell’s victims believed they were going mad after years of having their underwear vanish.

One woman was so convinced she was losing her mind she took a photo of her washing line after hanging out her lingerie.

She moved out after coming home to find they had been stolen.

Murrell had targeted women living within walking distance of his own home, with one living just 450m away.

Dressed in black, the court heard Murrell would creep into the backyards of his victims in the early hours of the morning to steal their undies.

Another claimed he had tried to gain entry into her laundry to steal her soiled underwear from the basket.

Murrell’s lawyer Cameron Baker argued his client ought be released from jail on a community corrections order with time already served.

Mr Baker claimed Murrell had suffered a history of family violence as a child, which  reduced his moral culpability.

The court heard Murrell had been abusing drugs and alcohol, which caused his ‘impulsive behaviour’.

He will likely be sentenced at a date to be fixed after being assessed for a community order.