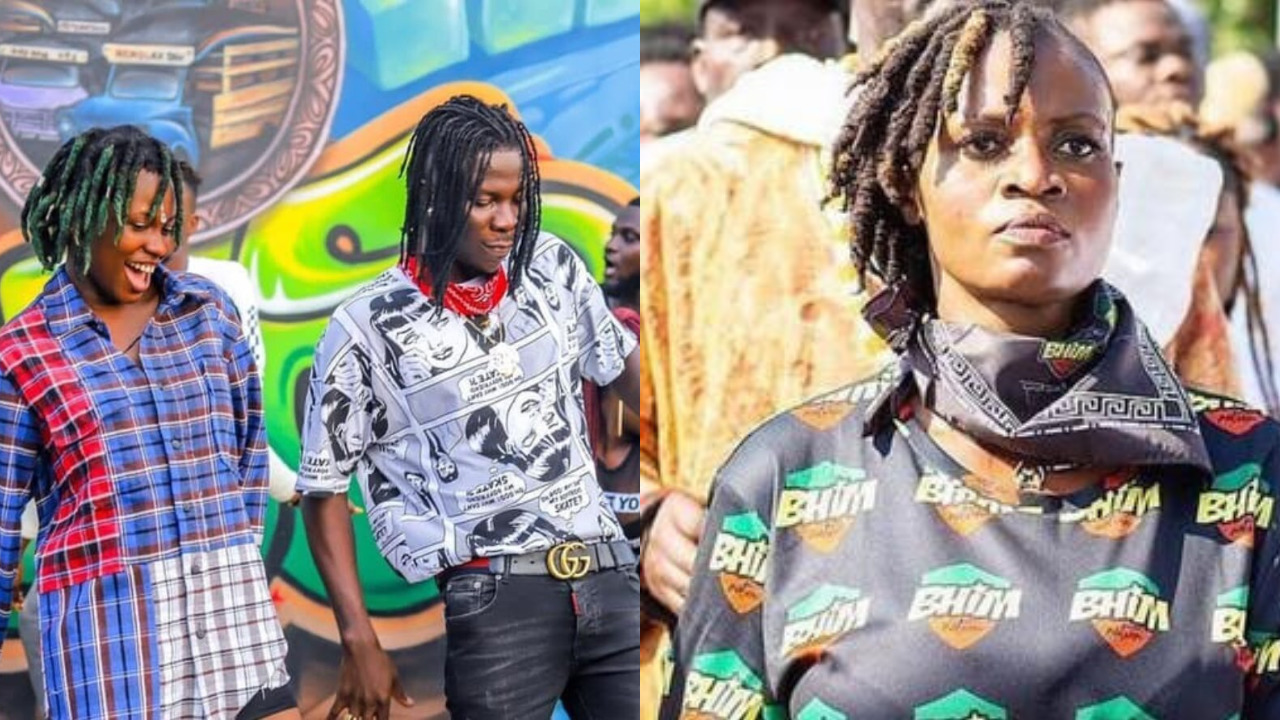 
Ayisha Modi gave Ov a dose of her own bitter drug after the female dancehall musician described her as a far liar during an interview with NYDJ just two weeks ago.

During the interview, OV dismissed the long-held assertion that Ayisha Modi was the one who introduced her to Stonebwoy.

According to OV, Ayisha Modi played no role in her meet-up with Stonebwoy and eventual sign-up with Burniton Music Records.

“Someone referred me to Ayisha Modi and said she was Stone’s manager. So I texted her, and she even told me that I was very good and that she will take me to Stonebwoy blabla. I never heard from her again until I entered into the competition. I also heard that she was there at the finale, but I didn’t see her. I had never seen her before, and she wasn’t backstage to talk to me. After a while, she got my sister’s number and texted them.

“The day I was supposed to meet Stonebwoy, she appeared. So, it looked as though she was the one who took me there. So then Black Cedi posted my video, and then I realized that he was the actual manager. That woman is a liar. Stonebwoy told me that he doesn’t know anything. He said he doesn’t know about any managerial arrangement with her,”

Reacting to these allegations, Ayisha Modi on the other hand claims she was the one who introduced OV to Stonebwoy.

Talking about why OV was sacked by Stonebowy, Ayisha Modi claims she was caught sleeping with one of Stonebwoy’s beatmaker and dome ladies.

Speaking in an interview with Kwaku Manu on his aggressive show, Ayisha Modi said;

“Don’t come to me seeking help and later be ungrateful. The moment you do that, your fire will quench. Don’t replace good with evil. She didn’t offend me, she has offended God. After winning the MTN Hitmaker, she inboxed me herself. She was always sending me stuff to show to Stonebwoy; I did not mind her, but behind closed doors, I was working things out. During the finals, I chattered a bus, organized BHIM Natives to go and cheer her on. We were the ones who voted massively for her.

“So when you do something and I confront you about it, there’s nothing wrong with it. I took you to Stonebwoy, but you became very close to Blakk Cedi. Things happened in the camp, yet you were still following Blakk Cedi. You were even sleeping with one of the beatmakers, I won’t mention names. She has been living a double life. She was engaging in a lot of bad stuff with the BHIM girls. I’m not talking about smoking; I mean she did things with the BHIM girls. I hope you get what I mean.

“Things happened to an extent Stonebwoy called me one day and asked if I investigated the girl I brought. I called both the boys and the girls she was doing the things with, and they all confirmed. Then people at radio stations started calling me to ask whether OV takes her bath before coming for interviews. They have complained that she often has this strong stench. I have reported the incidents to her mother severally,” she stated.

Counting the several efforts Stonebwoy put in place just to make OV comfortable during her stay at the label, Ayisha recounted;

“What did Stonebwoy didn’t do for her? Ask her? He even rented an apartment for her. I went to a shop with Stonebwoy, and he was picking out clothes that weren’t Louisa’s size. I asked, and he told me he was buying them for one of her daughters. In few days time, I saw OV rocking the clothes in some pictures she shared on Instagram. I asked Stone if OV was the one he spent over $600 to buy clothes for and he confirmed

A Nigerian entrepreneur, Edmund Olotu, has revealed his intention to take legal action against a…