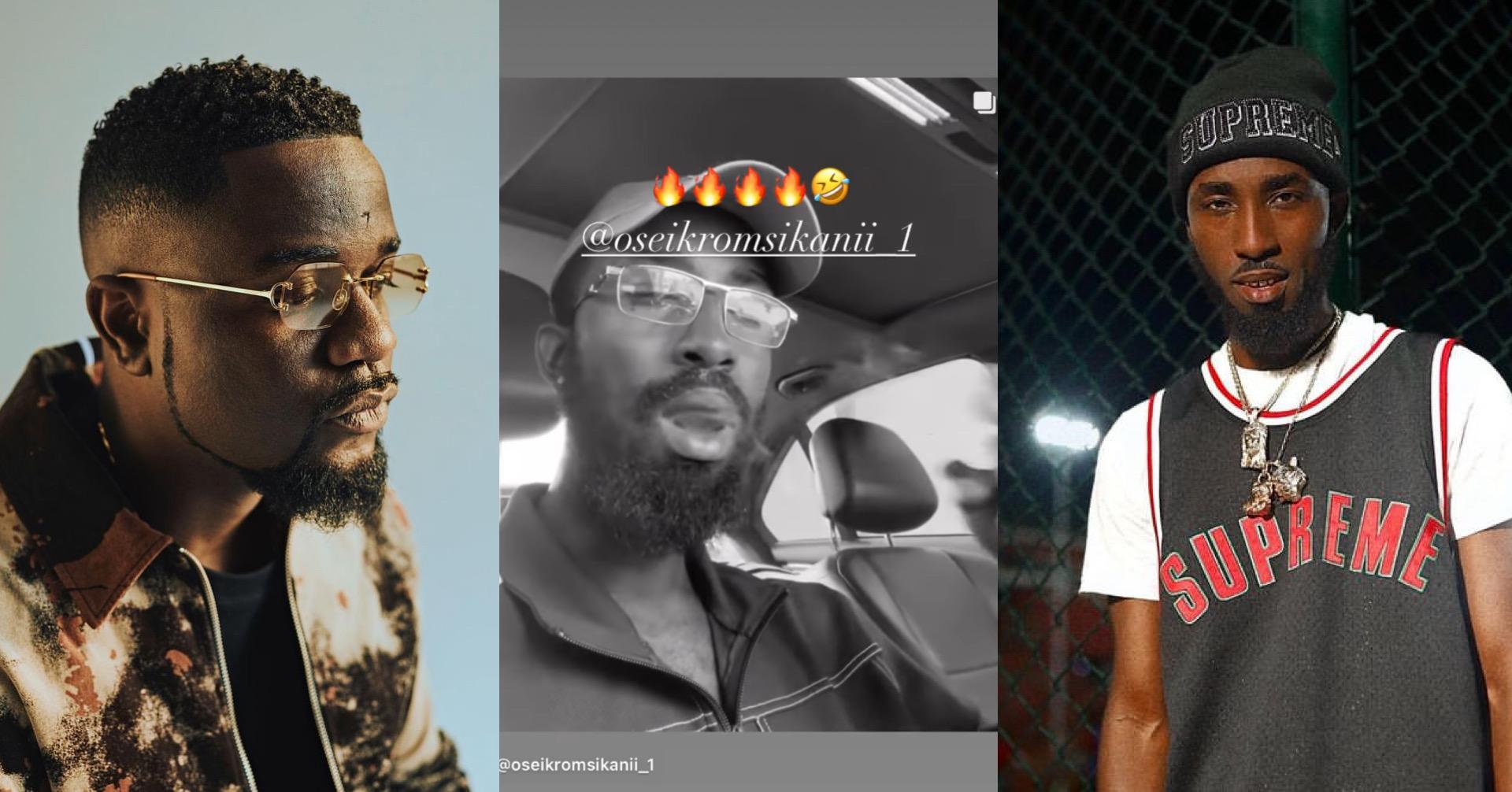 
Rapper Oseikrom Sikanii has taken to social media to beg multiple award-winning Ghanaian musician, Sarkodie, who has in recent times been given the title ‘The Landlord’ for a feature publicly.

The Kumasi-based rapper via a tweet shared on his page asked that all tweeps, particularly his followers help him get the attention of Sarkodie on his recent release titled ‘Lifestyle Freestyle’.

In the tweet he shared, Oseikrom Sikanii stated that this is not something he has ever done, however, he felt it was necessary he do so now because he really wanted the Sarkcess Music boss on the song.

The ‘Sika Duro’ crooner stressed that if he was able to get Sarkodie on the song, it will most definitely be a dream come through.

‘First time doing this. Dear Ghana twitter, Y’all help me get THE LANDLORD @sarkodie on “Lifestyle remix” .. Will be a dream come true 🙏🇬🇭❤️ …’

First time doing this.
Dear Ghana twitter, Y’all help me get THE LANDLORD @sarkodie on “Lifestyle remix” .. Will be a dream come true 🙏🇬🇭❤️ … pic.twitter.com/3Y2BE335dK

Well, the video for the ‘Lifestyle Remix’ was released by Oseikrom Sikanii on July 15, 2022.

Currently, it has over 50K views on Youtube and the reviews look very positive.