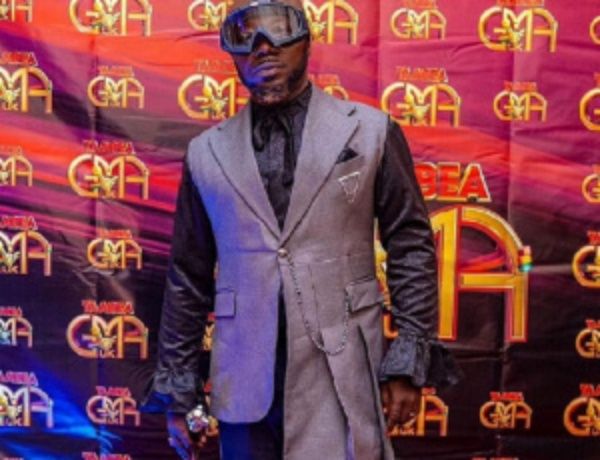 From head to toe, Charlie gave a breakdown analysis of what he described as a completely failed outfit.

Zaraman rocked a three-piece grey and black outfit with a sleeveless side pleated blazer.

He paired the outfit with a pair of grey boots and a ‘Balenciaga goggle’ worth almost $1,000.

But Charlie Dior, who thinks the outfit wasn’t inappropriate for such an event, asked whether he was styled by a blind man.

According to him, Osebo the Zaraman tries to pull off weird, ugly looks and act as though he is a fashion style trendsetter.

“I love him and he hates me. He always like to turn a look and for some reason it doesn’t turn. I don’t know what to call this look. However, these Balenciagas he is wearing is one of the hottest trends in Fashion right now. It has been in retail for $950. I wanted one for myself until I saw him wear it. I mean what is this? It looks like he was styled by a blind man.

“Shoutout to all the blind people but I’m starting to question if he himself is blind. Is that why he is wearing those big goggles? Maybe he was going more for a vibe instead of fashion. If that is the case, then I am not feeling this vibe. Because of that I am burning this look,” he stated in a viral video.