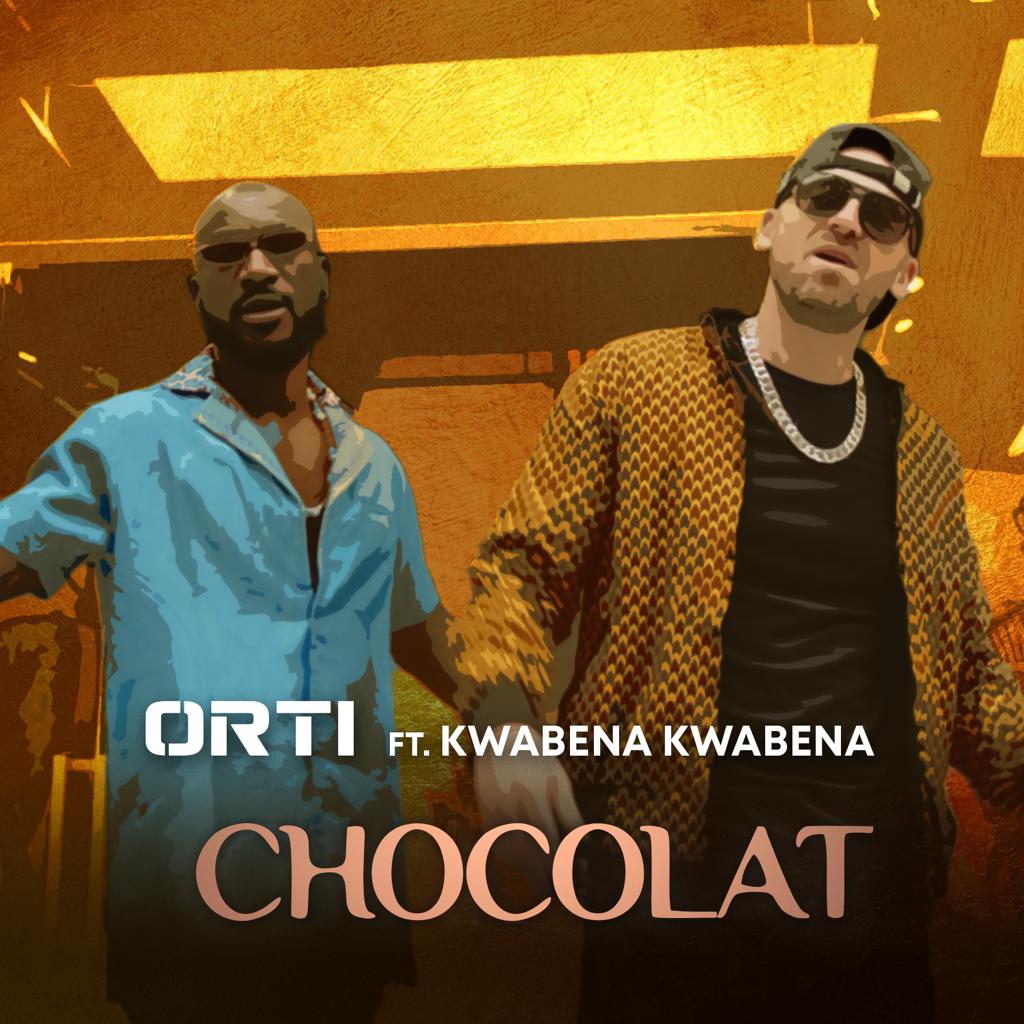 Come and discover this mixture of Afro-pop and highlife with Cuban colors in a free, multicultural, melodic, rhythmic, authentic and independent journey.

Already available digitally on all platforms. We present to you the new clip of this opus. “CHOCOLAT” is a true declaration of love.

It was during their first trip to Ghana that Orti and Passi crossed paths with many artists including Kwabena Kwabena.

The current passes immediately and in less than two hours they are off to the studio for a first recording session.

During this musical night, a friendship was born between the three men and the desire to do more collaborations.

It was not until two months later during a trip by Kwabena Kwabena to Paris that the friends found themselves in the studio to record again.

The magic happens and the title CHOCOLAT is born, the clip will be shot a few weeks later in Ghana and sung for the first time during the concert IN ACCRA.

Orti is an artist from the Parisian hip hop dance hall scene. After numerous projects, scenes and appearances on featuring albums, he produced the album of Any blessing Johnson, Nigerian artist.

He then fell in love with the language and Afrobeat. Gifted with a language learning ability, he begins this new adventure with a cover of Burna Boy, the feedback is very good.
With this enthusiasm, he began recording an EP entirely in Pidgin, Yoruba and Igbo.

From studio to studio, he meets Passi who signs him on his label Spyce publishing, the project is gaining momentum.

Ghanaian producer Bola Ray falls under the spell, and enters the adventure with his Empire records label.

The titles: “20/20” and “Bolingo” feat Bella are already available.

Kwabena Kwabena is an essential artist of the Ghanaian scene. A true icon of highlife style, his name describes the two vocations in which he currently finds himself, the draftsman and the contemporary musician.

He was successful in 2004 when he recorded his first album ASO. Three songs were then used in the soundtrack of The Perfect Picture by Sparrow Productions.

On his second album he delivers hits such as Ka kyere me, Trodom, Adea waye me, Fakye me and Me ne woa.
Kwabena Kwabena has a strong passion for philanthropic work and believes in her Ghanaian environment.

This passion prompted him to create the KwabenaKwabena Save A Life Foundation. He went on to win a number of local and international awards, some of which include Best Vocal Performance and Best Songwriter.

Her third album, Daakye, was released in 2013 and also had hit songs like Bue Kwan, Adult Music, Bye Bye, etc.