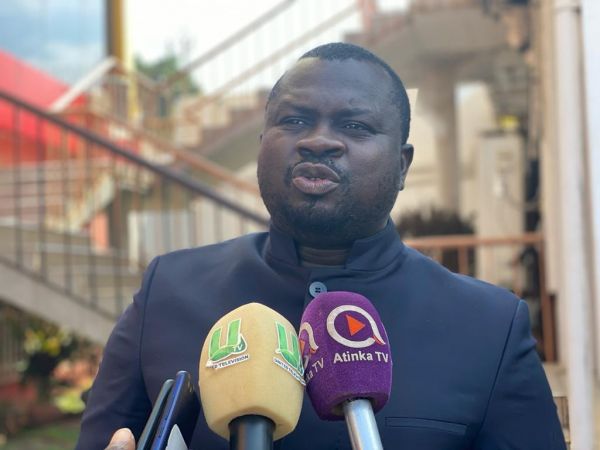 
The Center for Political Research and Advocacy (CePRA) has predicted a massive win for Albert Kwabena Dwumfour, one of the contestants in Friday’s Ghana Journalists Association (GJA) national elections.

In a report released on Thursday, a day before the elections, CePRA said 60% of respondents said Dwumfour will win the GJA presidential elections while 30.5%  said Gayheart Mensah will win the election while a paltry 14% went for Dave Agbenu

Below is the full report:

The Center for Political Research and Advocacy has in quasi-opinion polls predicted a win for Albert Kwabena Dwumfour in the upcoming GJA elections.

The Center conducted a Regional opinion poll among Journalists from about 8 regions and sampled about 400 views from Journalists 90% of whom are delegates in the upcoming elections.

Three candidates including Mr.Dave Agbenu, Gayheart Mensah, and Mr.Albert K. Dwumfour have put themselves up to be elected as the next GJA President.

About 60% of Respondents chose Mr.Dwumfuor, with about 30.5% opting for Mr.Gayheart and 14% for Mr.Agbenu, and the remaining 5.5% were not sure who to vote for.

Some of the reasons given by respondents for their choices include the following;

1. Respondents feel Mr.Gayheart Mensah cannot double as PRO for the Speaker and as GJA President.

2. Most respondents at the regional levels believe Mr.Dwumfour has been very thorough by reaching out to them on the ground.

3. Some said Mr.Agbenu should wait for a while.

4. Some also said Mr. Gayheart left the GJA and went to corporate practice and never supported the Association for 15 years when he was practicing in the corporate world.

5. Some also said Mr. Dwumfour has the ability to unite the GJA in these difficult times.