One Minister, One Deputy Is What We Need Now – Kwabena Agyepong | Politics 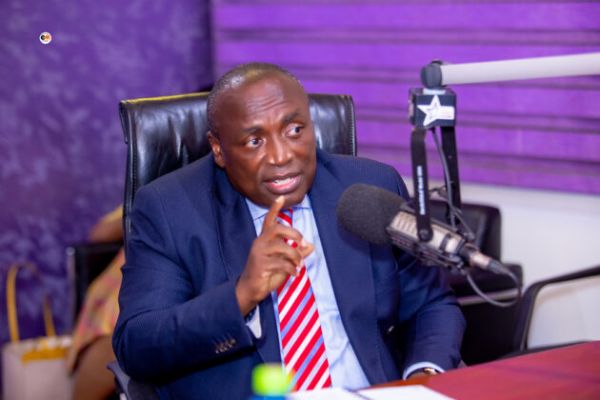 
Kwabena Agyei Agyepong, a flagbearer hopeful of the New Patriotic Party (NPP), has reiterated calls on the Government to reduce the number of ministers amid the current economic hardship to send a positive signal to the people.

He denounced the appointments of multiple deputy ministers, saying each minister should not have more than one deputy to reduce the cost of running the Government and enhance efficiency.

Speaking on a news programme monitored by the Ghana News Agency, Mr Agyepong said the framers of the 1992 Constitution did not envisage larger Governments, hence their decision to peg the number of cabinet ministers at 19.

“I have never believed in having multiple deputy ministers. I think the President has one Vice President so every minister should have one deputy.

“Small, lean, mean Government means that you are going to be efficient, more effective and the President will have a handle of his Government. It is important that we do these things, especially in financial distress,” he said.

President Nana Addo Dankwa Akufo-Addo, at the beginning of his second term in office in 2017, trimmed down the number of ministries in his second administration from 36 to 29, and scrapped 41 ministerial positions.

The President had appointed 126 ministers in his first term.

With Ghana’s economy taking a nosedive, there have been persistent calls on the President to further downsize his Government to reduce cost.

Mr Agyepong said the scrapping of more ministerial positions would send a positive signal to the people about the Government’s readiness to sacrifice.

“The quantum may not be enough but it sends a moral message and signal to the rest of the people,” he said.

Mr Agyepong said the political class must demonstrate sacrifice and selflessness to win the trust of the people and rally them along to develop the country.

“It is all about service, sacrifice and selfless. If you don’t have these character traits, you don’t have any business going into politics,” he said.

Mr Agyepong said governance and development issues that had bedevilled the country could not be blamed on the Constitution but on bad leadership.

He bemoaned what he described as the lack of patriotism and readiness to serve among the political class and the people at large, saying: “We need the kind of leaders that are prepared to take difficult decisions and so that all of us will be doing what is right; putting our country first before everything.”