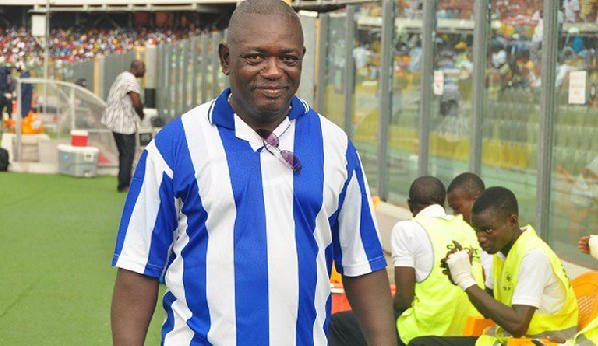 
General Manager of Great Olympics, Oloboi Commodore says e-ticketing is to blame for the low fan turnout at Premier League games across the country.

Asante Kotoko hosted Tamale City over the weekend in Kumasi and the attendance was nothing to write home about.

Accra Hearts of Oak on the other hand played in Cape Coast due to the unavailability of its Accra Sports stadium and recorded disappointing fan numbers.

Speaking to Akoma TV he said: “Most fans are facing financial difficulties, aside that, most of the results are determined by referees, and recently e-ticketing is also a major factor for the low attendance”.

“The league lacks quality players because most of our players want to leave after a short season, and teams get pressurized should they decide to block player transfers,” he added

“The only way to end this low attendance is for the government to block player’s exodus by enforcing, enacting and enforcing laws on player exodus. Government must pump enough funds into the league to maintain quality” he said in conclusion