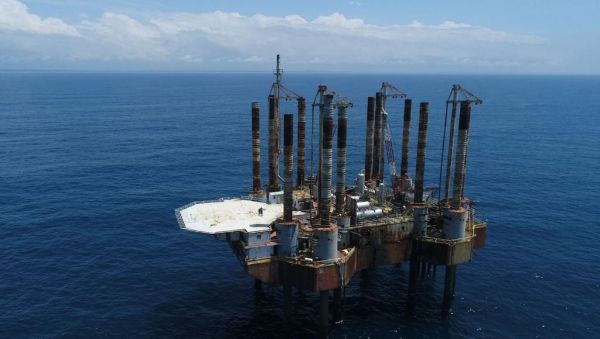 The figure is also $51.39 million shy of the $783.33 million bagged in the entire 2021, and brings to $8.09 billion the revenue the country had received since 2011 when it started producing oil in commercial quantities.

The increase in the receipts, according to the Public Interest and Accountability Committee (PIAC), was largely attributable to revenues in respect of corporate taxes, surface rentals and crude oil lifting.

This was contained in the semi-annual report on the management and use of petroleum revenues for January –June 2022 released by the Committee at a press briefing in Accra yesterday.

According to the report, Ghana produced a total of 25,861,810.42 barrels (bbls) of crude oil in the first half of 2022 from its three offshore producing fields.

The decrease was as a result of reduced production in the TEN and SGN fields, recording a decline of 34.3 and 21 percent respectively. Crude oil production increased in the Jubilee Field by 16.6 percent.

The cumulative raw gas production (Associated Gas-AG and Non-Associated Gas-NAG) for the period was 124,948.79 million standard cubic feet (MMSCF) representing a two per cent reduction over the volume of 127,496.04 MMSCF produced for the same period in 2021.

The report said production from Jubilee and TEN Fields decreased by 7.2 and 10.2 per cent respectively, whilst SGN’s raw gas production increased by 5.1 per cent.

The Chairman of PIAC, Professor Kwame Adom-Frimpong who gave highlight of the report said the retention of the current cap of $100 million on the GSF for the year 2022 was not in accordance with the formula stipulated in Legislative Instrument (LI) 2381.

“A proper application of the formula would have returned a cap of US$460.63 million. The Minister for Finance, in determining the cap on the GSF, should comply with the relevant provisions of L.I 2381,” he said.

CNN  —  Kim Kardashian and Kanye West have come to a divorce agreement, a source…