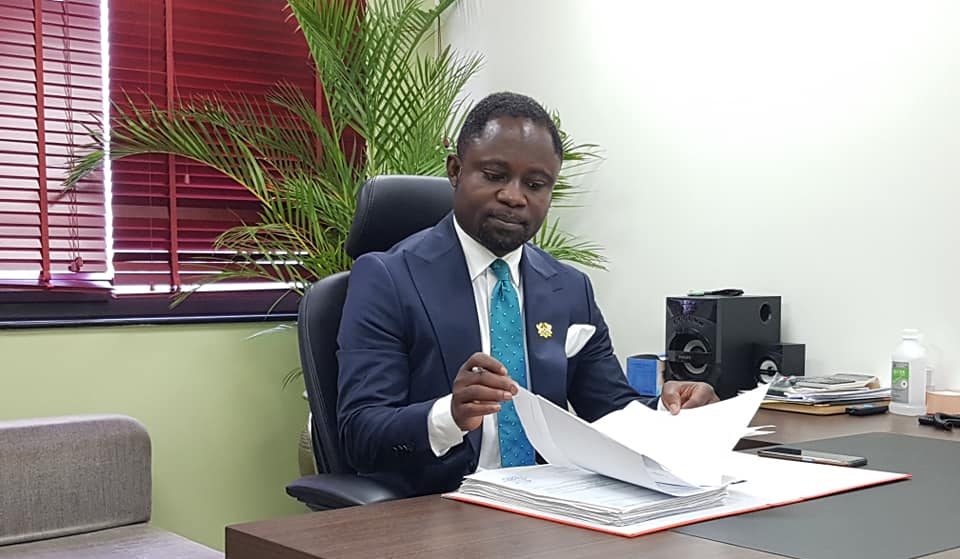 
The Member of Parliament for Juaboso, Kwabena Mintah Akandoh is predicting doom for the country as Ken Ofori-Atta has been appointed caretaker of the Trade and Industry Ministry.

The Juaboso legislator said the mess Ofori-Atta created at the Finance Ministry should have been enough reason to kick him out of governance, but he has rather been given a double task at the Trade and Industry Ministry.

President Akufo-Addo last week announced that Mr. Ofori-Atta will act as caretaker minister of the Trade Ministry after the resignation of the substantive minister, Alan Kwadwo Kyerematen.

But the Juaboso MP expressed his displeasure with the decision and enumerated a number of reasons he believes make Mr. Ofori-Atta a misfit for the position.

“There are a lot of reasons why this Finance Minister can be described as selfish and greedy. Go and find out the faces behind the Enterprise Insurance Company and go and look out for the number of contracts they have gotten from the Finance Ministry. Go and find out how Databank has suddenly become a major player in borrowing in this country.”

“If he [Mr. Ofori-Atta] is not a greedy person and selfish, why is he still in office when his own Members of Parliament are saying he should resign? If he thinks that he is offering us something good, can’t he resign if he has a conscience?”

Mr. Akandoh also said it is a dangerous mixture to have both incompetence and arrogance all in one man which is encapsulated in Mr. Ofori-Atta.

“When incompetence and arrogance meet, it becomes very dangerous. One may be incompetent and is ready to learn and listen, and it may be well for us, but once the person is arrogant and incompetent, it is very dangerous for our country and that is where we find ourselves now.”

Share. Facebook Twitter Pinterest LinkedIn Tumblr Email
Previous ArticleRas Kuuku Encourages Musicians To Host Their Own Shows
Next Article Let’s Not Use One Mistake Of Meek Mill To Destroy Gains Of Laudable Projects Of “Year Of Return” And “Beyond The Return” | Features