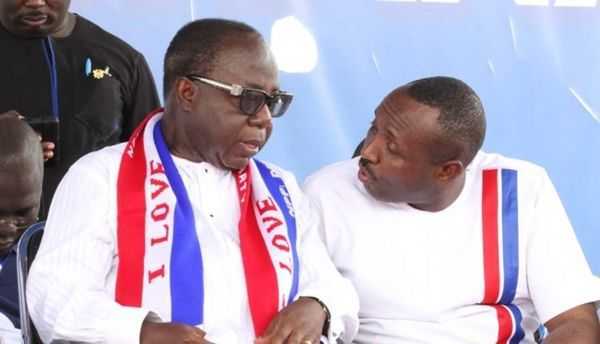 
The incumbent Chairperson of the governing New Patriotic Party (NPP), Freddie Blay, has endorsed the re-election bid of the General Secretary of the party, John Boadu.

In the view of the outgoing chairman, John Boadu appreciates the party structures and his victory would go a long way to cushion the party to realize its vision of breaking the 8.

He also observed that Boadu has performed creditably, the reason he believes he must be retained.

“He’s done a good job and I will endorse John Boadu anytime when it comes to elections. I have worked with him for a very long time and he has done a good job. In terms of knowledge, he understands the structures of the party. He has an institutional memory and there’s no fault on his performance,” he said.

“I am not the only person who is going to vote but I will endorse him for him to go again,” Freddie Blay told Morning Show Host of Oyerepa Breakfast Time, Kwesi Parker-Wilson, and monitored by GhanaWeb.

The NPP Chairperson also dismissed claims against John Boadu that he is always absent from the party office. He argued that the allegations are unfounded.

“It’s a voluntary job and he has an office to run. You don’t go there (the party office) to mark register. The General Secretary may travel outside the country, attend meetings and also attend to his family. In this modern world, people don’t need to sit at the office to work,” he said.

The NPP is set to elect its national executives to steer the affairs of the party for the next four years.

The General Secretary of the party, John Boadu, who is seeking re-election, has begun his campaign tour around the country.

The NPP will elect new national executives in July 2022.